Options for an Organization to Manage and Dispose of Radioactive Materials 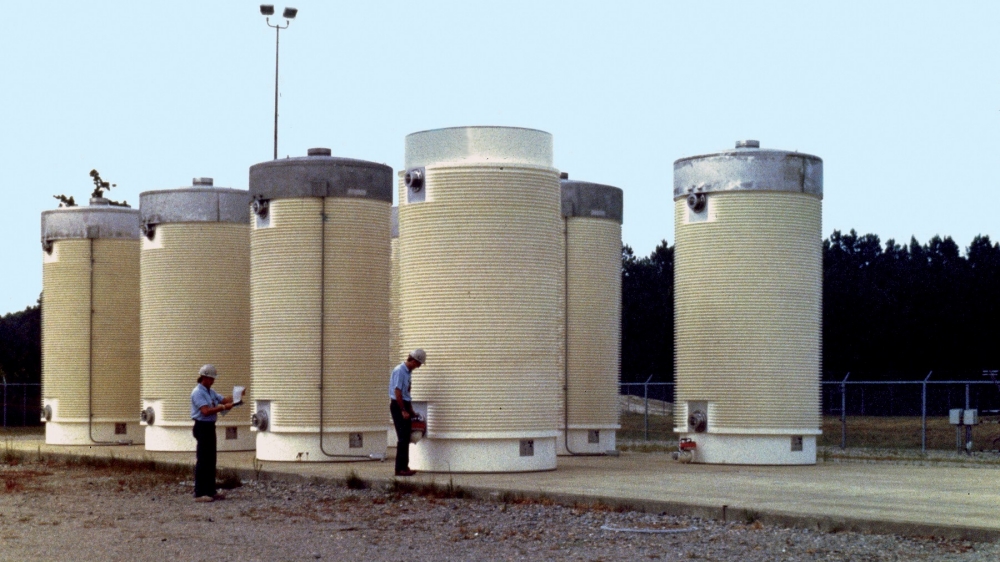 The U.S. government has failed to permanently dispose of commercial and defense high-level radioactive materials. Consensus has emerged around the need for a new, single-purpose organization charged with this responsibility. What might this organization look like, and how should it be designed?

The 1982 Nuclear Waste Policy Act laid out a plan for the siting, construction, licensing, and operation of repositories for high-level radioactive materials. However, the U.S. government has, for the past 30 years, failed to carry out the critical requirements of the act. The siting process was flawed, funding was inadequate, and the public lost trust in the government's ability to accomplish the task.

In 2010, after the President withdrew the license application for the proposed repository at Yucca Mountain, Nevada, the Secretary of Energy established a Blue Ribbon Commission on America's Nuclear Future to recommend a new plan to manage the back end of the nuclear fuel cycle. In its final report, the commission called for a new, single-purpose organization, suggesting a congressionally chartered federal government corporation but leaving open the possibility of alternatives. In support of the Department of Energy, RAND systematically analyzed potential organizational models for a new management and disposal organization (MDO).

The responsibilities of the new organization will be first-of-a-kind and complex, and they will extend across the coming decades.

Responsibilities of the New MDO

The responsibilities of the new organization will be first-of-a-kind and complex, and they will extend across the coming decades. Siting facilities for long-term storage and disposition will be the MDO's single most challenging responsibility. The organization will need to engage the public and many different entities, including Congress, federal agencies, and state, tribal, and local governments. Once siting decisions are made, radioactive materials will need to be safely transported, stored, and disposed of at these facilities. The MDO will play a role in licensing, construction, and operations. It will also set priorities for and either fund or otherwise enable research and development projects.

RAND researchers first sought to learn lessons from both the past and from the experiences of other countries. They then compared three potential organizational models, focusing on federal government corporations (GOVCORPs) but also on federally chartered private corporations (PRIVCORPs) and independent government agencies (IGAs). They found that the models offer different avenues for blending the features of a private-sector organization (e.g., independence and internal flexibility) and a government entity (e.g., longevity, political influence, and accountability to the public). The key takeaway of this examination lies in the flexibility that the U.S. government has in choosing among the different organizational models but also the specific characteristics of each of the models.

In comparing the structural and performance features the new MDO needs with the characteristics of each of the three major organizational models, researchers found that the critical attributes exist or can be built into an IGA and a GOVCORP, both of which can accommodate many variations. But several critical attributes are weaker in or missing from the PRIVCORP model, including public accountability, a public-interest mission, and linkages to the executive branch and Congress that would ensure the political credibility and influence needed for siting. For these reasons, researchers excluded the PRIVCORP model from further consideration.

Steps for Designing the New MDO

In designing the MDO, policymakers will walk through a series of steps that involve a number of choices. The critical first choice is to determine the MDO's relationship to the President. An IGA would have a direct relationship, thereby ensuring that the public interest would be taken into account and that the President's influence could be brought to bear in the siting of the storage and disposal facilities. The executive branch would be able to influence MDO operations to ensure that the storage, transport, and disposal of radioactive materials were carried out safely. A GOVCORP would entail an independent relationship. This would insulate the activities of the MDO from the turnover of administrations; provide the MDO with the authority necessary to make decisions on siting without political interference; and allow flexibility in siting negotiations, operations (including contracting and procurement), and personnel policy.

Having chosen either an IGA or a GOVCORP, policymakers will have some flexibility to build features into the organization's governance structure to improve its prospects of achieving its performance goals and to lessen some of the disadvantages associated with the organizational form chosen. For example, in an IGA, steps could be taken to achieve some degree of political insulation by extending the term of the administrator beyond that of a four-year presidential term. To increase the accountability of the leadership in a GOVCORP, policymakers could require in the legislative charter that the President nominate the members of the MDO's board of directors.

Next, policymakers will need to determine the relationship of the organization to Congress (including how Congress will provide oversight), identify the funding source (will the MDO receive annual congressional appropriations, or will it finance its expenditures from a dedicated fund?), and determine its relationship to stakeholders (i.e., states, tribes, communities, utilities, and rate-payers).

Also, given the MDO's varied responsibilities and the time the organization needs to accomplish its many tasks, policymakers must determine other organizational characteristics, considering whether the MDO should be a single, fixed organization designed to carry out all its responsibilities over time or whether its characteristics should be tailored to meet the demands of different mission phases. One option is to establish a GOVCORP, which has inherent flexibility to hire and fire people easily, to change its own internal structure, and to make decisions about when and how to contract out various tasks and functions. Another approach is to establish an MDO that will evolve but that starts out as an IGA, which has the attributes needed to achieve consent-based siting: a close relationship to the President, public accountability, and access to the resources of the federal government. Depending on how it is led and managed, an MDO that follows either a GOVCORP or IGA model has the potential to engender public trust.

The organizational form is only one factor—a necessary but not sufficient condition for success.

The MDO's success will be driven by many factors and unforeseen circumstances. For example, the evolution of national priorities and changes in the political environment will profoundly affect the success of the MDO, regardless of its design. The organizational form is only one factor—a necessary but not sufficient condition for success.

The key is moving in stepwise fashion through the required choices, first asking what influence the President should have, then determining how insulated and independent the MDO should be from congressional oversight (while still ensuring public accountability), and finally determining how it should be structured to increase the likelihood of instilling public trust and attracting the interest, engagement, and commitment of states, tribes, and local communities in siting the facilities. In answering these questions, policymakers will be striking a balance between the competing values of accountability and flexibility called for in the design of the new MDO.