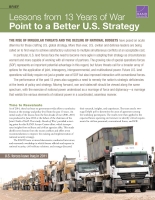 Lessons from 13 Years of War Point to a Better U.S. Strategy 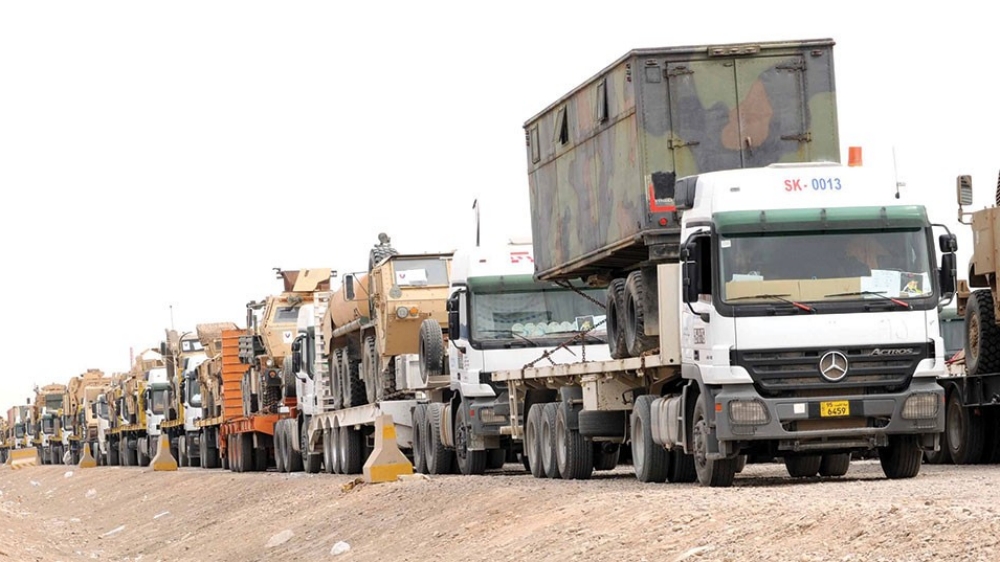 The rise of irregular threats and the decline of national budgets have posed an acute dilemma for those crafting U.S. global strategy. More than ever, U.S. civilian and defense leaders are being called on to find ways to achieve satisfactory outcomes to multiple simultaneous conflicts at an acceptable cost.

In particular, U.S. land forces face the need to become more agile in adapting their strategy as circumstances warrant and more capable of working with all manner of partners. The growing role of special operations forces (SOF) represents an important potential advantage in this regard, but future threats call for a broader array of options for the application of joint, interagency, intergovernmental, and multinational power. Future U.S. land operations will likely require not just a greater use of SOF but also improved interaction with conventional forces.

The performance of the past 13 years also suggests a need to remedy the nation's strategic deficiencies at the levels of policy and strategy. Moving forward, war and statecraft should be viewed along the same spectrum, with the exercise of national power understood as a marriage of force and diplomacy — a marriage that wields the various elements of national power in a coordinated, seamless manner.

As of 2014, there has been no government-wide effort to synthesize lessons at the strategy and policy level from the past 13 years. An initial study of the lessons from the first decade of war (2001–2011) was produced in June 2012 at the behest of the chairman of the Joint Chiefs of Staff. That study, Decade of War,[1] provided a starting point for this RAND Arroyo Center effort, which incorporates insights from military and civilian agencies alike. This study distills seven lessons from the recent conflicts and offers seven recommendations to improve the making and implementation of national security strategy.

The RAND team reviewed documents; conducted interviews; and convened a workshop in which former officials and experts in national security, civil-military relations, and strategy discussed their research, insights, and experiences. The team used a two-stage Delphi poll to determine the areas of agreement among the workshop participants. The results were then applied to the expected future operating environment to identify critical requirements for civilian personnel, conventional forces, and SOF.

Ever since World War II, land warfare has evolved away from conventional combat against state actors and their standing forces and toward irregular warfare fought by joint forces against nonstate actors. This has led to an increasing reliance on SOF, which have recently participated in a wider range of operations than at any time in their history. These trends are expected to continue and might even accelerate.

While adaptation to these historical trends has occurred, with the U.S. military learning many tactical and operational lessons from the wars it has fought over the past several decades, it has often struggled to incorporate the broader strategic lessons. For example, both the Army and the rest of the joint force have been quick to adopt new technologies for improving the mobility, survivability, and situational awareness of ground forces; their ability to operate at night; and the lethality and precision of their weaponry. Yet the joint force and the U.S. government as a whole have displayed an ongoing ambivalence about, and a lack of proficiency in, the noncombat aspects of warfare against nonstate actors, despite the rising frequency of such conflicts.

The changing character of warfare has become especially apparent over the past 13 years of conflict. The National Intelligence Council has projected that irregular and hybrid warfare — including terrorism, subversion, sabotage, insurgency, and criminal activities — will remain prominent features of the future threat environment. Distinctions between regular and irregular forms of warfare could fade as some state-based militaries adopt irregular tactics, as Russia has already done in Ukraine. Intrastate conflict could also become increasingly irregular, and the incidence of hybrid warfare could rise due to the diffusion of lethal weaponry and other factors. This changing character of warfare suggests the need for a theory of success that places greater emphasis on innovative ways to prevent conflicts, shape environments, and preemptively win without major combat operations. Such a theory would recognize the continuum of politics and war and the desirability of achieving sustainable, if not maximalist, outcomes. The following recommendations aim to improve national strategy and adapt the "American way of war" to prevail against future threats.

A deliberate effort should be undertaken to remedy the deficits in the "American way of war," to improve the ability of U.S. personnel to integrate the political dimension of war into military strategy, and to explore new combinations of SOF and conventional forces to meet the security challenges of the future. The executive branch and the U.S. Congress could also consider educational and policy reforms designed to raise civilian competence and capability in national security strategy, the benefits of which would more than compensate for the relatively modest costs.