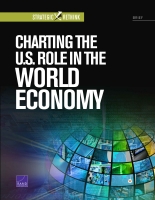 Charting the U.S. Role in the World Economy 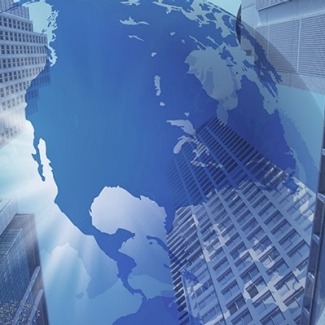 The strength of the United States' economy supports its international power, making the next administration's economic choices among its most crucial. RAND economist Howard J. Shatz has identified the country's most pressing economic issues and offers recommendations on:

Shatz's overarching conclusion: The United States — and Americans — stand to gain more from strengthening global institutions and engaging with the world's growing economic powers than from pulling back. Failure to assert leadership will open the door to greater uncertainty for both the U.S. and global economies. Shatz explores these themes in the RAND research report, U.S. International Economic Strategy in a Turbulent World.

"The United States — and Americans — stand to gain more from strengthening global institutions and engaging with the world's growing economic powers than from pulling back."

The United States has largely recovered from the worst financial crisis since the Great Depression and is performing well by several measures. However, there are a number of serious challenges. As of 2015, U.S. federal debt stood at 74 percent of gross domestic product, the eighth-highest ratio in history. Debt projections hit 103 percent of gross domestic product (GDP) by 2040.

The Stakes for America

A large increase in net U.S. debt could leave the nation unable to fund programs that advance Americans' well-being and to finance national strategy — including defense.

Even if more-rapid economic growth materializes, spending cuts and revenue increases must be enacted. Increasing revenue will require repair of the U.S. tax system.

There is no political consensus on how to raise money more efficiently or achieve fiscal balance. While faster economic growth will ease the problem, it's not a solution in itself.

Positive headlines about a falling unemployment rate and job growth are accompanied by different, troubling signals. Real median weekly earnings have been flat for 26 years, labor-force participation is declining, and jobs for middle-skill workers have been disappearing. Together, these trends have made it more difficult for some people to achieve the kind of middle-class lifestyle that can drive broader economic growth.

This brief's focus on international economics precludes making specific recommendations to address these issues. However, Shatz notes that the most common policy prescriptions include improving education and skill development and reevaluating labor market regulations and other policies that might be suppressing participation.

The world economy faces fresh challenges in 2016. Growth is slowing, an important international trade negotiation has failed, and global debt is increasing. Relative to other countries, the United States is on firmer footing, carrying forward its historical momentum — and providing it with policy options that others lack. A look at two measures tells the tale of the United States' strength and interactions with the global economy.

New Tests for an Old System

The world's economic structures — groups like the World Trade Organization, the International Monetary Fund, and the World Bank — have helped create opportunity that enabled countries to raise incomes and reduce poverty by historic magnitudes. Now those structures are fraying, and rising powers want more influence in them. Those countries also are creating new institutions that may rival U.S.-dominated bodies. How should the United States respond?

The United States should strive to maintain and improve the current system. That means integrating growing economic powers, improving rules to foster free exchange, and spurring growth so that countries find a U.S.-led system a desirable one in which to participate. It's difficult to conceive of a different system that will deliver the same gains as the existing system. The United States must lead in reforming and expanding the existing global economic structures.

Threads in a Web

Existing global economic organizations and treaties haven't kept up with changes in the global economy, and faster-growing countries want a bigger say. The United States faces choices on how to ensure that the evolution of the world economy does not result in more barriers to trade and investment. 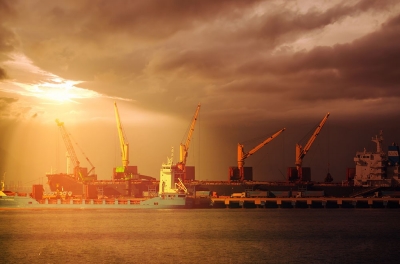 Smart Deals Can Bind China to the World

As China's economy has grown, so too has its desire to play a more prominent role in a world economic order dominated by established powers. While not exiting existing institutions, China is building parallel institutions, which it leads. The Asian Infrastructure Investment Bank and the New Development (BRICS) Bank, which respectively aim to support development regionally and globally, demonstrate China's ability to wield wider influence.

An ascendant China — while a potential source of U.S. economic growth as a trading partner — can establish parallel institutions that could be productive for the world but could also change global rules or, potentially, undermine U.S. interests.

Engage China more deeply in the world's rules-based liberal economic order to maximize benefits to the United States — and give China greater incentives to play by global rules.

The Bonds of U.S.-China Trade

Agreements and organizations can provide the United States with leverage to influence China's economic behavior — and power mutual growth.

Both the IMF and World Bank expect poorer countries to grow faster than the United States and economically advanced countries.

Get the United States' economic house in order to set a better example, better fund international efforts, and increase global growth and market demand for goods and services from the world.

Complete a U.S.-European Union trade and investment agreement and broaden it to include all of North America and Europe.

Further integrate the U.S. and Japanese economies through steps such as a broad Pacific trade deal, recognizing the domestic political difficulties that make achieving a bilateral deal difficult.

Maintain or increase levels of contributions to international financial institutions and developing countries while evaluating them for effectiveness and being open to experimenting with new forms of assistance. 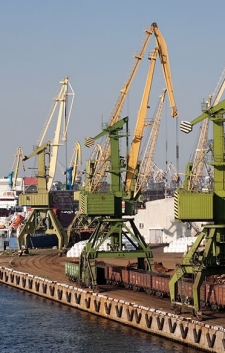 "Two years ago, amid war fatigue at home, tumult in the Middle East, and trepidations about Russian and Chinese intentions, I asked Ambassador Richard Solomon to lead a team of RAND colleagues in taking a fresh look at America's role in the world. With the United States heading into a presidential election campaign, I saw both a need to offer evidence-based, feasible policy options to inform the electoral debate and an opportunity to discuss larger strategic questions on which there is little consensus today.

"What are America's international ambitions? What level of international engagement is the public prepared to support, and what can be sustained? How might the next president exercise international leadership in a tumultuous world, and to what end? And is there a coherent "grand strategy" for diplomacy and defense that would align the wide array of U.S. interests with the means to achieve them?

"The result is our "Strategic Rethink" project. We pulled together some of our best minds to produce a guide for policymakers and citizens, educators and the media, on the most critical global choices and challenges that this president and the next will likely face — whether the public has yet focused on them or not."