Voter Opinions on the Candidates, the Issues, and the Parties 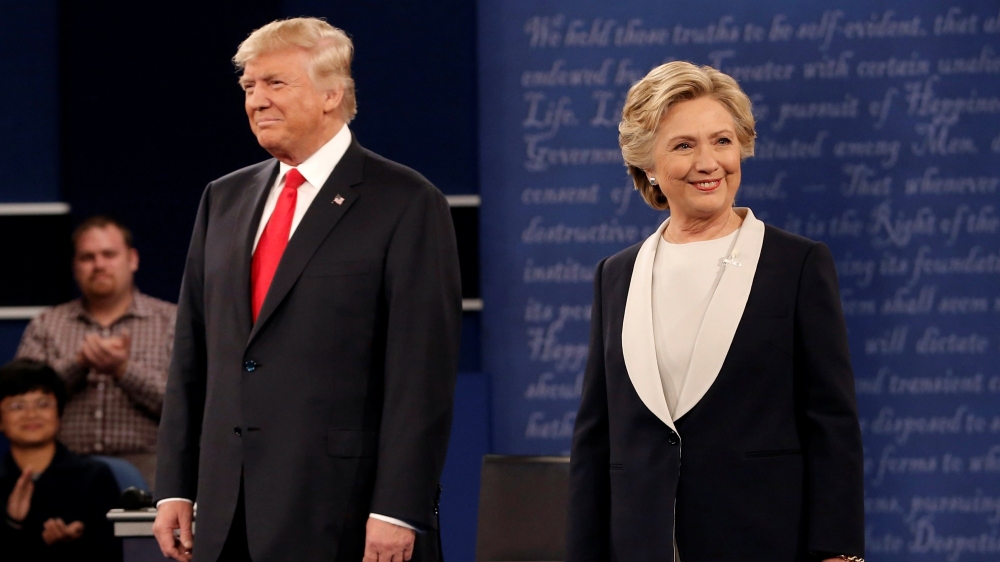 In our continuing series on the RAND Presidential Election Panel Survey (PEPS), we're examining Americans' ideas about the upcoming presidential election and how their beliefs and opinions change over time.[1]

In a previous report, we noted voters' increasing dissatisfaction with the two leading candidates.[2] Here, we discuss additional indicators of dissatisfaction. In the September wave of the PEPS, collected during the two weeks preceding the first presidential debate (2,516 respondents between September 12 and September 25, 2016), we repeated several questions from the December 2015 baseline survey assessing peoples' attitudes toward political issues in the news on a scale of 1 (strongly favor) to 4 (strongly oppose). Table 1 presents the four items we asked respondents about again in September. Among the entire electorate, support changed in disadvantageous ways for two issues central to the Trump campaign between December 2015 and September 2016:

In particular, support for building a fence along the Mexican border decreased even among those people who reported that they intend to vote for Trump; since December, roughly one in five Trump voters shifted toward less-favorable attitudes about the fence. Changes in opinion on the other two issues — fighting ISIS with ground troops and increasing taxes on the highest-earning individuals — saw support both increasing and decreasing in similar amounts.

On average, people intending to vote for Clinton have not significantly shifted their opinion of the Democratic party.

But voter dissatisfaction extends beyond the choice of candidates. In December 2015, we asked people to rate their opinions of a variety of groups (such as Muslims, Christians, feminists, and big business) on a scale of 1 (very favorable) to 4 (very unfavorable), and in September, we asked them the same questions. Of particular note are changes in opinions toward the Democratic party and the Republican party by people intending to vote for that party's candidate. On average, people intending to vote for Clinton have not significantly shifted their opinion of the Democratic party. In exact terms, they have moved slightly away from the "favorable" end of the scale since December, decreasing their favorability score an average of 0.02 points (which is statistically equal to zero). In contrast, people reporting in September 2016 that they intend to vote for Trump have decreased their favorability rating of the Republican party by 0.09 points on the scale, meaning one in 11 have moved one point more negative, on average. When we account for potential differences in demographics (such as age, education, employment, gender, race/ethnicity, and income) or attitudes toward candidates across these two groups — those intending to vote for Clinton or Trump — we observe that Republican voters decreased their favorability ratings since December significantly more than Democrats did. Republicans shifted their rating of the Republican party an average of 0.35 points lower on the favorability scale than Democrats rated the Democratic party, with about one in three Republicans making the shift.

As shown in Figure 1, Clinton continues to maintain a significant lead over Trump and Libertarian Gary Johnson in our probabilistic poll results.[3] Clinton had a statistically significant lead of nearly ten percentage points over Trump, up slightly from the August PEPS. Johnson collected nearly 10 percent of the popular vote, while nearly 15 percent intended to vote for someone other than these three candidates.

Interestingly, since the beginning of our data collection, more respondents have intended to vote for a Democrat than a Republican. For example, in December 2015, more people responded that they would vote for Clinton, Bernie Sanders, or another Democrat than for Trump, Ted Cruz, John Kasich, Marco Rubio, or other Republican candidates. Table 2 presents the popular vote margins between any Democratic candidate and any Republican candidate during each PEPS wave. The Democrats' advantage has ranged from 3.6 percentage points to more than 15 percentage points.

We also asked respondents to estimate the percent chance that each candidate would win the election, and those results indicate that the voters themselves perceive a Clinton lead (see Figure 2).[4]

The next wave of PEPS data will be collected in the days between the final presidential debate (October 19) and Election Day (November 8). The new data will enable us to measure how attitudes toward key issues and the candidates themselves changed after the debates, with just days to go until the majority of voters cast their ballots.[5]