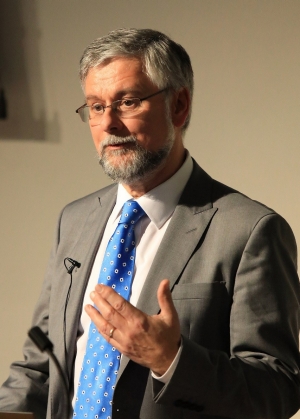 Martin Roland CBE, Emeritus Professor of Health Services Research at the University of Cambridge, spoke at the annual CCHSR lecture on Tuesday, 6 December 2016, about the History of NHS Politics 1945-2030.

Roland drew on his own personal experience and used archive footage to describe how the challenges that face the NHS today are almost identical to those of the mid-1900s. The search for an optimum funding model, the impact of politics and the need to achieve standardised care, Roland explained, are all elements of today’s debate that would be extremely familiar to Nye Bevan, founder of the NHS. In addition to detailing the origins of the NHS and the various forces both inside and outside of Westminster that opposed its creation, Roland set out his vision for the future of service — one that remains remarkably similar to that which has existed for the past 70 years. 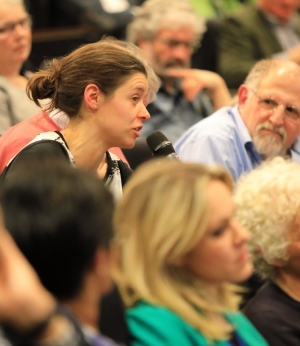 An audience member asks Professor Roland a question during Q&A

Roland was RAND Professor of Health Services Research from 2009 to 2016. He was Professor of General Practice at the University of Manchester from 1992 to 2009, and he practised as a GP for 35 years. He was appointed CBE in 2003 for Services to Medicine. Throughout his career he has contributed to numerous NHS committees and advised successive governments on primary care policy.