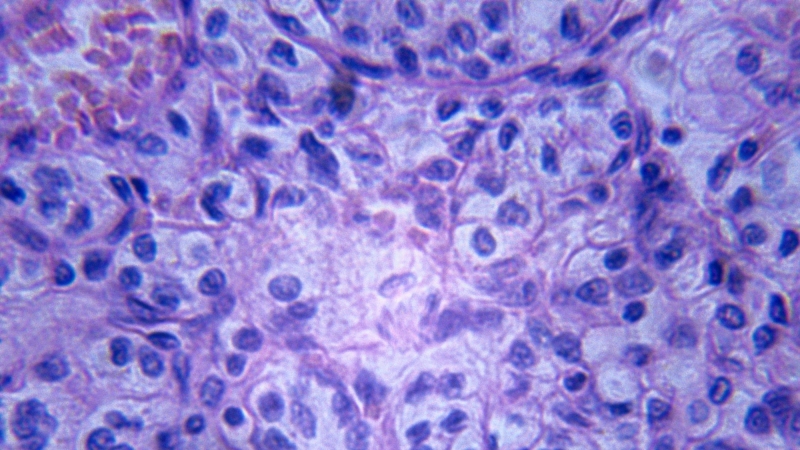 In 2018, it was estimated that 9.6 million people died from cancer worldwide. As part of the global fight against cancer, RAND Europe has led and collaborated on a number of studies exploring the impact of cancer research, the quality of care for cancer patients and the future outlook of different forms of cancer. Our findings and recommendations help inform future research, treatments and ultimately, care for cancer patients.

Cancer is one of the leading causes of death in England, with the number of cases expected to continue increasing each year due to population growth and longer lifespans. Ensuring that there are sufficient numbers of skilled staff in place to respond to rising cancer incidence, now and in the future, is a vital part of improving outcomes for cancer patients. Researchers estimated how much Health Education England would need to increase its budget to recruit and train more staff in order to meet its ambition of growing the NHS cancer workforce by 45 per cent by 2029.

There is often a difference between the efficacy of a medicine seen in clinical trials and its effectiveness when it is used routinely in real world practice. This potential gap makes it appealing to link the price paid for a medicine to the outcomes it achieves. Researchers explored the feasibility of introducing outcome based payments for new cancer medicines in the NHS, focusing on the kinds of outcomes that patients and their carers consider most important.

In 2013, RAND Europe collaborated with the Health Economics Research Group (HERG) at Brunel University and King’s College London on a study which aimed to estimate the returns generated by public and charitable investment in UK research. The UK government invests approximately £1.6 billion in medical research each year, and the British public donated £1.7 billion to medical research charities in 2012-13. The research showed that funding for cancer research delivers health gains for patients and also benefits the UK economy at a 40 per cent return annually. This means that every £1 invested in cancer-related research by the taxpayer and charities returns around 40 pence to the UK every year in perpetuity.

In 2012, RAND Europe worked with Breakthrough Breast Cancer, a UK-based research charity, to explore the future outlook for breast cancer in the UK in ten to 25 years’ time. Cancer Research UK’s figures from 2012 indicated there were more than 50,000 new cases of invasive breast cancer in the UK each year. Our study highlighted the opportunities for reducing incidence and mortality rates among breast cancer patients and the impact on research and healthcare services. The findings from the study were presented to the charity’s board and helped to inform its future strategic direction in the battle against breast cancer.

Use of quality of life measures

The impact of cancer treatments on a patient’s quality of life (QoL) is becoming increasingly recognised, especially for cases of cancer where survival rates are low. Clinical trials routinely collect information on the impact of different treatments on patient QoL, but such information is infrequently used when delivering care for cancer patients. RAND Europe is currently exploring how QoL measures are being used in the treatment and care of patients with cancer, with a particular focus on brain cancer, and the implications for future research and policy. This research is funded through an educational grant from Roche, with the findings being presented in mid-2016.