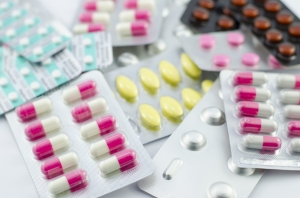 Growing numbers of bacterial and viral infections are resistant to antimicrobial drugs, but no new classes of antibiotics have come on the market for more than 25 years. In July 2014, UK prime minister David Cameron called for global action to tackle the growing threat of resistance to antibiotics.

The Independent Review on Antimicrobial Resistance commissioned RAND Europe to examine the likely global cost of antimicrobial resistance (AMR) by the year 2050, if the problem is not tackled. The research was supported by the Wellcome Trust.

The research team developed a theoretical model (called a dynamic general equilibrium model) using a set of equations characterising the economic interactions of businesses, commerce and consumers. The model divides the world into five geographical regions to reflect differences in the role of antimicrobial drugs in healthcare systems across the world. We used the model to explore different global scenarios for AMR from now until 2050, to see what effect they would produce on the global economy.

We focused only on the effects that AMR has on the economy through disruption of the supply of labour, by estimating the impact that an increase in resistance would have on the labour force through two mechanisms:

For infectious diseases, we considered only resistance to drugs for the following conditions:

We explored seven different scenarios with varying rates of future drug resistance, time of onset of increases in resistance, and availability of effective second-line therapy.

Depending on the scenario, we estimate that failing to tackle AMR will mean that the world population by 2050 will be between 11 million and 444 million lower than it would otherwise be in the absence of AMR. The lower bound is a result of a scenario where resistance rates have been successfully kept at a relatively low rate while the upper bound reflects a scenario for a world with no effective antimicrobial drugs.

The reduction in population and the morbidity impact would also reduce the level of world Gross Domestic Product (GDP). We estimate that by 2050 the world economy would be smaller by between 0.06% and 3.1%, again depending on the scenario. Since these GDP losses are annual and thus compound over time, they result in a cumulative loss that ranges between $2.1 trillion and $124.5 trillion.

Our study included only costs resulting from the disruption of the supply of effective labour and did not attempt to quantify other impacts such as increased healthcare costs and wider indirect social costs. The full potential costs of AMR amount to a world without effective antimicrobial drugs, with serious repercussions for modern healthcare as we know it. Our results should be understood as an underestimate of the true total cost of AMR.