Comparative Scientometric Assessment of the Outputs of ERC-funded Projects 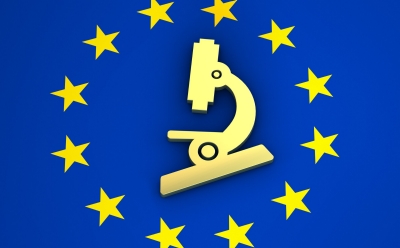 RAND Europe and Observatoire des sciences et des technologies (OST) carried out a comprehensive scientometric assessment of the outputs of ERC grants – the first time that a full analysis of the ERC’s funded research has been conducted in this way.

Founded in 2007, the European Research Council (ERC) is a public body that funds ‘investigator-driven’ research conducted within the European Union (EU). The ERC is a key element of the European Commission’s Horizon 2020 programme, the EU’s biggest ever research and innovation programme, with nearly €80 billion of funding available over seven years (2014 to 2020). The main goal of the ERC is to encourage high quality research in Europe through competitive funding that is awarded on the basis of scientific excellence.

The European Research Council Executive Agency (ERCEA) asked RAND Europe and Observatoire des sciences et des technologies (OST) to carry out a comprehensive scientometric assessment of the outputs of ERC grants – the first time that a full analysis of the ERC’s funded research had been conducted in this way. The evaluation took a comparative perspective, examining ERC-funded publications in relation to those of other US and EU funding agencies, and delivered a robust framework which will allow for continuous updates of ERC scientific achievements in the future. The results were documented through a series of reports.

The study used four distinct approaches to assess the outputs stemming from ERC grants, three of which were quantitative assessments of the entire corpus of ERC-funded work (incorporating bibliometrics, patent analysis, and altmetrics), and one which involved a qualitative analysis of a sample of the most highly cited papers. All analyses were carried out across the three domains of research supported by the ERC: Life Sciences, Physical Sciences and Engineering, and Social Sciences and Humanities.

In relation to the four research questions, the study produced the following findings.

1. Is the ERC peer review process successful in selecting the best candidates among those who have submitted a proposal?

2. Does the funding provided by the ERC help grantees improve their scientific output and impact?

3. Do ERC grantees perform better than researchers funded by other European and American funding agencies?

4. What kinds of contributions to science and knowledge are made by the most highly cited ERC research?