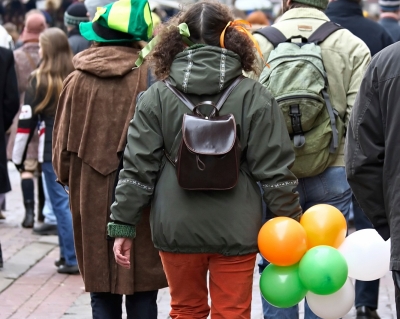 Between 2004 and 2014, The Atlantic Philanthropies awarded $40 million to 18 civil society organisations in the Republic of Ireland.

Efforts funded by Migration Programme grants resulted in a more robust and professional network of organisations working more strategically and collaboratively to achieve a common goal of improving the lives of migrants in Ireland.

Over the course of the 1990s, Ireland saw a substantial increase in migration, which reached a peak in 2006-07. During this period, migrants as a percentage of the total population in Ireland rose from 10 to 20 per cent, one of the largest such increases recorded in countries in the Organisation for Economic Co-operation and Development (OECD).

Those changes in the make-up of the population placed pressures on the existing legislative framework regulating migrants’ rights to work, reside and use services. It also put demands on government departments and services, and had implications for community cohesion.

As part of its Human Rights & Reconciliation Programme, The Atlantic Philanthropies began making grants in the Republic of Ireland in 2004 designed to bring about lasting improvements in the country’s ability to manage migration and improve migrants’ access to justice and services. Between 2004 and 2014 Atlantic awarded $40 million to 18 civil society organisations in the Republic of Ireland. It also supported organisations working to influence European Union policy affecting immigrants.

Atlantic commissioned RAND Europe in 2012 to undertake an evaluation of their migration programme. The evaluation focused on the impacts that the Migration Programme achieved in law, policy and practice in Ireland, and the lessons that might be drawn for other grant makers and grantees.

RAND Europe’s evaluation was based on extensive qualitative data collected from grantees through interviews and the completion of a questionnaire submitted to the research team every six months during 2013 and 2014. The approach was designed to accommodate uncertainty and detect any unexpected impacts and outcomes, as well as to capture learning from both the grantees and Atlantic.

During the evaluation, RAND Europe coordinated an Impact Showcase Workshop in Dublin on 23 October 2014. This was attended by all of the recent Atlantic grantees. It provided an opportunity for shared learning and a celebration of impacts to date.