Benchmarking deployment of eHealth among GPs 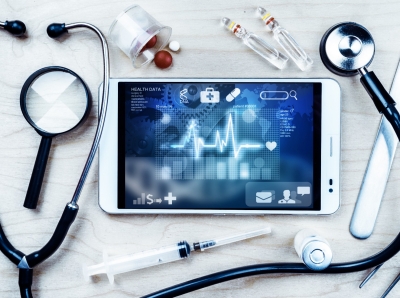 RAND Europe and Open Evidence measured the use of information and communication technologies (ICTs) and eHealth applications by primary care physicians in the EU and compared it with the results of a 2013 study. They found that eHealth adoption in primary healthcare in Europe increased from 2013 to 2018, with variations by country.

The researchers also found that a majority of GPs surveyed consider ICTs to be useful for their practice, both for its effectiveness and the quality of care. The number of GPs enthusiastic about the impacts of eHealth has more than doubled, from 13% to 27%, between 2013 and 2018.

“Europe is facing a healthcare crunch as a result of our ageing population”. In 2014, the then Vice President of the European Commission, responsible for the Digital Agenda for Europe, explained the need for increased uptake of the eHealth action plan (2012 to 2020). Broadly defined, eHealth is the use of Information and Communication Technologies (ICT) in all things health – from products, services and processes to organisational changes in healthcare systems. By adopting and deploying eHealth, EU member states hope to reduce healthcare costs, increase the efficiency of healthcare and give more control to patients.

In 2008 and 2013, two major studies on benchmarking eHealth among General Practitioners in Europe were conducted. Almost ten years after the first study, RAND Europe, together with Open Evidence and BDI Research, conducted a third benchmarking study. Commissioned by the European Commission, this research offered the first opportunity to identify long-term trends in eHealth and to assess what this means for healthcare in Europe.

The study’s aims were to measure the use of ICT and eHealth applications by primary care physicians in the EU. Comparing results with the 2013 study, the researchers analysed the main drivers of change and factors that can enhance or inhibit the role and use of technologies within health care.

The study was conducted via a data collection and analysis approach, including a rapid evidence assessment of work published since 2013, as well as a survey of almost 6,000 GPs conducted between January and June 2018.