Reviewing the Factors Contributing to Car Traffic in Britain 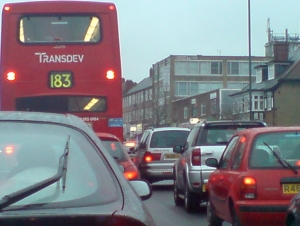 In the last 10 to 15 years the rate of car traffic growth has been declining in Britain and it is not clear why. Understanding factors behind this trend can help policymakers plan for future infrastructure needs.

The aim of this rapid evidence assessment was to gain a better understanding of the recent levelling off in total miles driven in Britain by reviewing evidence on the possible contributory factors.

The primary aim of the review was to identify and present findings covering the extent to which technological, social, economic, demographic, political, geographical and environmental changes have affected car usage and ownership. Evidence is presented on key factors influencing driving within these areas, and about how they affect different demographic groups, when available.

The secondary aim, where evidence exists, was to explore further why a particular factor is important; for example, if an identified factor is that young adults are delaying licence acquisition and car ownership relative to young adults a decade ago, to explore what the reasons are behind this.

As the levelling off in car traffic is considered a relatively recent phenomenon, the search was restricted to material from 1995 onwards. The search was also restricted to passenger demand studies and to studies that were concerned with travel by car.

We found that the literature reviewed for this study provided a good description of key trends influencing car mileage since the nineties, including:

However, what is less clear is the contribution of each of these trends to overall car mileage levels, and what are the key drivers impacting these trends.

We found little information on how the following trends impact car travel: (i) employment levels or type; (ii) use of internet technology; (iii) substitutes, in terms of mode shifts or switching to new destinations; (iv) network supply effects, such as congestion; and (v) attitudinal changes.

We also found suggestions that car ownership and usage may be approaching saturation – that is to say, car ownership levels (per household) and the use of those cars have stabilised at some maximum level. However, the evidence for saturation of car usage relies on analysis of aggregate car trends, which do not adequately account for the significant changes in car travel patterns for different segments of the population.

The findings of this report are featured in Understanding the drivers of road travel: current trends in and factors behind roads use, published by the Department for Transport.