Understanding how acts of violence are classified 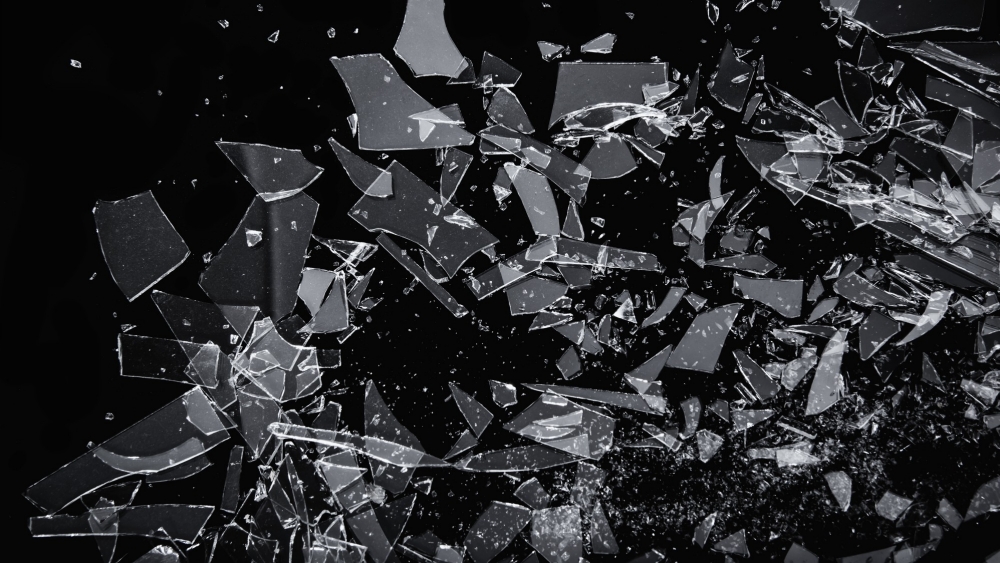 Based on input from a range of experts, researchers found that classifying an act of violence is driven by knowledge of the perpetrator’s motivation, recognition of the ideology, and availability of information on mental health and social media use. In addition, public perception, knowledge of available definitions and the classifier’s own background also influence classification.

Classifying acts of violence, particularly acts of terrorism, is an ongoing challenge. Misclassifying a specific act of violence can present significant risks to society. For example, this can distort statistics and affect the understanding of, as well as the risks associated with, a particular type of violence. This, in turn, can affect the level of resources earmarked to deal with specific problems. Misclassification can also lead to the release of offenders who could still harm others.

We were commissioned by the UK Home Office to analyse how different acts of violence are classified by subject matter experts. The aim was to provide a better understanding of the factors driving the classifications, as well as the differences in classification.

The study was based on the input of 25 experts from a range of backgrounds (government/policy, practitioners and academia/research) and fields, such as counterterrorism, legal, and policing. The experts first responded to a questionnaire that asked them to classify 12 case studies displaying different acts of violence. They then participated in a two-hour workshop, in which four of the case studies and their classification were discussed in more detail.

Knowledge of the perpetrator’s motivation is key in enabling classification. Lack of clarity around motivation could result in stakeholders implying a motive, which may involve biases.

Recognition of an ideology behind an act of violence can affect classification. Recognising an idea or movement as an ideology can enable a prosecution under the Terrorism Act 2000 (TACT 2000). However, less coherent or less well-established ideologies can pose difficulties in this regard.

Social media and public perception can affect classification. Experts cautioned against excessive reliance on social media in classifying acts of violence, and highlighted potential issues connected to classification and public perception, such as the potential mass vilification of certain groups, or the possibility of giving extremist groups or ideologies legitimacy and a wider platform.

Applications of hate crime can be unclear. The fact that gender is not included as a protected characteristic in the hate crime definition was not common knowledge. Experts also questioned whether the definition would apply to crimes committed towards the perpetrator’s own ‘in-group’.

Small differences were identified between how different experts approached and perceived the case studies. Experts with a legal background tended to place a stronger focus on selecting the charges that could lead to the higher likelihood of conviction, while experts from a government or policy background appeared to think more theoretically about the ideology behind the act.

These findings demonstrate ongoing difficulties in classifying acts of violence. Defining acts of violence is often not done in isolation, but comprises many different facets of a crime, including the perpetrator’s motivation, the significance of their online presence (such as their use of internet and social media), any known or emerging mental health issues, and the classifier’s own knowledge, experience and possibly resulting biases. The misclassification of complex crimes, especially those with probable or verified connections to terrorism, brings significant risks to society.

Based on these findings, the study team offers the following recommendations, aimed at policymakers and stakeholders involved in defining and prosecuting acts of violence. 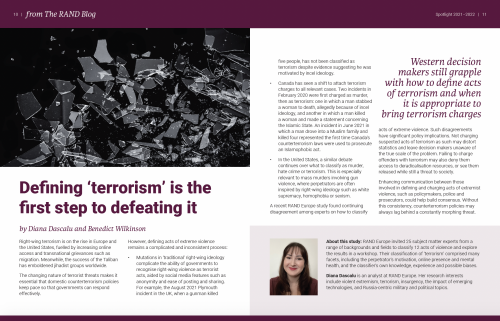