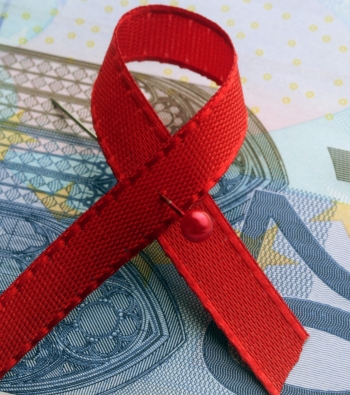 Despite considerable progress in the understanding of HIV/AIDS and associated infections and of modes of prevention and treatment of the infection, the disease has remained an important public health issue in Europe. HIV disproportionally affects populations that are marginalised, such as migrants, and people whose behaviour is either socially stigmatised, such as sex workers and men having sex with men, or illegal, including prisoners and people who inject drugs.

These behaviours are frequently linked to difficulties accessing services for the prevention and treatment of HIV/AIDS. The continued challenge posed by HIV/AIDS highlights the need for effective policy interventions to promote HIV prevention, diagnosis and treatment, as well as care and support for people living with HIV/AIDS.

The European Commission has a long history of engagement in HIV policy, and these commitments form the backdrop against which the EC has formalised its strategy to address HIV/AIDS. The most recent policy instruments are the Commission Communication ‘Combating HIV/AIDS in the European Union and neighbouring countries, 2009–2013’ and its associated Action Plan.

The overarching objectives of the Communication were:

The EC commissioned RAND Europe, in partnership with Van Dijk Management Consultants, to carry out an evaluation of the EC’s Action Plan in order to assess the success of the Communication and to identify areas for improvement to inform the next EU policy framework on HIV/AIDS.

The terms of reference for this evaluation set out 18 evaluation questions that can be broadly categorised into five areas:

The broad requirements set by the evaluation activities were to be accomplished within a limited time frame. These constraints necessitated using an approach that would balance the breadth and depth of the evaluation and that would also capture the range of activities that have occurred across countries, while ensuring in-depth analyses of selected priority areas to provide sufficient granularity to inform future policy development. The project team therefore used a combination of methods, including desk research, key informant interviews, surveys and a series of case studies.

The Communication and its Action Plan were seen by stakeholders to have provided the necessary stimulus, continuous pressure and leverage for various stakeholders to advocate for and take actions against HIV/AIDS in Europe.

While such actions did not automatically translate into new policies at the national level, in the current economic context it was important that issues related to HIV/AIDS remained high on the political agendas.

For this reason it will be important that the Commission retains the momentum and seeks to develop a renewed policy framework addressing HIV/AIDS in Europe for the coming years.

The evaluation found that the Communication was perceived to have added value in a number of areas, including focusing efforts and resources on priority regions and groups and strengthening civil society in contributing to the setting of the policy agenda on HIV/AIDS at the European and national levels.

Relevant data that would allow for a robust assessment of the three core objectives of the 2009-2013 Communication and the extent to which these objectives have been achieved are as yet lacking.

The project team made a range of recommendations, including:

Evaluation of the implementation of the Commission Communication 'Combating HIV/AIDS in the European Union and the neighbouring countries, 2009–2013': main report is available as a downloadable PDF from the EU Bookshop.