How Much Does Lack of Full EU Integration Cost? 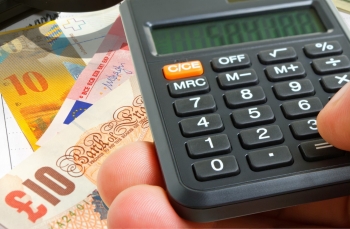 An analysis of the current state of play in the European free movement of goods allowed researchers to quantify costs due to a lack of full integration. The research drew special attention to two sectors of the European economy: the construction materials sector and the medical devices sectors.

Researchers found that market fragmentation and existing regulatory barriers hinder the free movement of goods. Additionally, non-tariff barriers and barriers to foreign direct investment are major deterrents of trade in goods in the internal market. The removal of these barriers could boost intra-EU trade by Euro 183-269 billion in the longer term.

The European integration process was motivated by political but also economic concerns, as the removal of barriers to trade was expected to promote intra-European trade, increase competition, create more jobs and make Europe more attractive to foreign direct investment (FDI).

In 1985, the European Commission’s White Paper on the Internal Market set out a series of actions aiming to remove physical, technical and fiscal barriers to trade in order to merge fragmented national markets to create a single European market by the year 1992.

Shortly thereafter, Paolo Cecchini, the deputy director for internal markets and industrial affairs at the Commission, was asked to investigate and quantify the so-called “cost of non-Europe”, defined as the untapped potential of the single market due to its incomplete implementation. The Cecchini report was published in 1988, and argued that the potential economic gain was as large as ECU 200 billion (equivalent to €200 billion), and would add about 5% to the European Community’s GDP – potentially even up to 6.5%. The single market (now internal market) was formally created in 1993, allowing the free circulation of people, capital, and goods.

Although the single market has allowed greater competition and boosted trade between Member States, concerns have arisen because of its incomplete implementation to date. As a result, the European Commission has sought to further stimulate the single market through the “Single Market Act” in April 2011 and the “Single Market Act II” in October 2012. In addition, several studies such as the report “Untapping the potential of the Single Market” (2013) – commissioned by the European Commission’s Bureau of European Policy Advisors (BEPA) - have sought to build on Cecchini’s seminal work and identify gaps in the completion of the Single Market as well as recommending further actions to fully exploit the potential of the internal market.

Our research team sought to analyse the current state of play in the European free movement of goods and to quantify costs due to a lack of full integration, drawing special attention to two sectors of the European economy: the construction materials sector and the medical devices sectors.

Building on existing quantitative and qualitative evidence, our goals were to:

Our research approach was threefold