The Cost of Non-Europe: Schengen 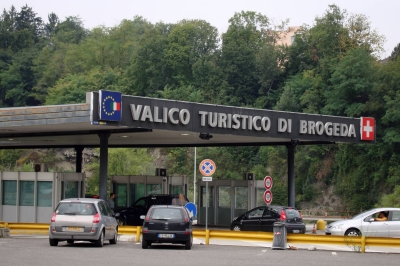 The economic costs of countries leaving the Schengen Area and reintroducing border controls would range in the billions of euros—€2 billion to €3 billion in annual operating costs plus fixed one-off costs of anywhere between €0.1 billion and €19 billion. However, the political and social costs could be even higher.

The border-free Schengen Area guarantees free movement to more than 400 million EU citizens, as well as many non-EU nationals, businessmen, tourists or other persons with legal access to EU territory. Amid recent unprecedented influx of migrants into the European Union, the functioning of Schengen has been placed under considerable strain, with several member states reintroducing controls on parts of their internal borders. Recent evidence suggests that suspensions of Schengen are associated with, among other factors, economic costs related to barriers to trade and traffic delays at border crossing points.

RAND Europe was commissioned by the European Parliament to investigate the economic, social and political costs of 'non-Schengen'— that is, reintroducing border controls. The researchers placed a special emphasis on aspects dealing with civil liberties and home affairs. Key questions included:

To calculate the social and political costs of the reintroduction of border controls, the team used econometric modelling techniques to investigate the association between Schengen and different types of crime, including acquisitive and violent crime, as well as illicit drug trade. In addition, the team explored associations between Schengen and different measures of trust, including interpersonal trust and trust in national and transnational institutions. For both potential social and political costs the team examined both cross-country trends and changes within countries by comparing border and non-border regions.

Other "Cost of Non-Europe" Research