An evaluation of Dance4Life’s social franchising and empowerment models 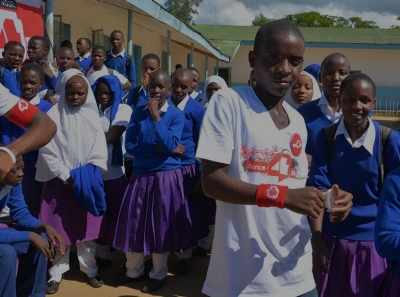 Dance4life, an international youth initiative to raise awareness and promote prevention of HIV/AIDS, developed and piloted a new programme and also a new model for implementing the programme. An evaluation of the pilot found many successes but also areas where improvements could be made.

Dance4Life is an international initiative working with 15 partner organisations in 13 countries to provide young people with the knowledge, skills and confidence to protect their health and promote safe sexual choices, with a particular focus on mobilising young people against the spread of HIV/AIDS.

In 2017, Dance4Life developed both a new programme and a new approach for implementing their work. The new programme, called Journey4Life, was piloted from September 2017 to June 2018 in four countries: Ghana, Nepal, Russia and Tanzania. It targets young people aged 10-24, delivering weekly sessions focusing on HIV/AIDS, as well as sexual and reproductive health and rights. In order to promote sustainability for the programme and encourage local ownership, Dance4Life also adopted a new approach for implementation. Social franchising gives local partners more responsibility in raising funds and contributing to programme costs.

Dance4Life commissioned RAND Europe to carry out a process evaluation of the piloted programmes and their new implementation model, to understand how effective they have been in achieving their aims. The study aimed to cast light on two fundamentally important issues:

With this in mind, the evaluation answered the following questions:

Several data collection methods were used to carry out the process evaluation, including the collection of ongoing calls, meetings, briefings and documents for review within Dance4Life; interviews and assessments of the franchisee organisations; and surveys and focus groups with the Champions4Life.

How effective is Dance4Life at supporting its franchisees in the aims of the programme?

How effective are the franchisees at supporting Champions4Life in the aims of the programme?

To improve Dance4Life’s support of franchisees:

To improve franchisee support of Champions4Life: