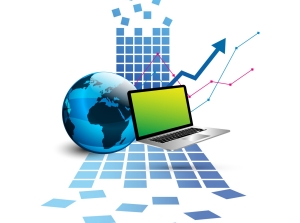 Among other things, they found that private firms that collaborate with universities or other public research organisations tend to innovate more, and that R&D tax incentives tend to increase R&D expenditure and innovation.

The European Commission’s macroeconomic model, known as QUEST, is used for policy analysis and research and has contributed to the shaping of research and innovation policymaking. Despite its sophistication, it was not designed to evaluate research and innovation reforms, particularly policies that aim to enhance the diffusion of technologies or the impact of public R&D on knowledge creation.

In light of this, the Commission wished to enrich the QUEST III model to better understand the link between research and innovation, employment and growth. The Directorate-General for Research and Innovation (RG R&I) and Directorate General for Economic and Financial Affairs (DG ECFIN) thus commissioned a research project, led by Deloitte LLC, in which RAND Europe contributed to an assessment of research and innovation reforms in EU countries to improve the modelling of policy impacts within QUEST III.

RAND Europe used a combination of desk-based research, impact assessment of existing research and innovation reforms, and econometric modelling to support the research project and help to calibrate QUEST III. During the project, we also worked with two external experts, economists Prof Diego Comin of Dartmouth College and Dr Alessandro Rosiello from the University of Edinburgh.

R&D specialisation. R&D specialisation policies seek to encourage investment in either specific geographical areas, and/or technology fields. Available literature primarily focuses on the evaluation of cluster policies and their collective effects. It also suggests that R&D productivity increases in relation to how close it is to a technology cluster.