Estimating the Economic Returns on Cancer Research in the UK 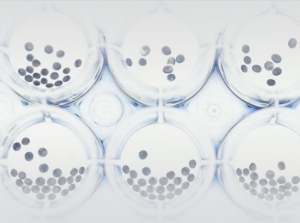 The UK government invests approximately £1.6 billion in medical research each year, and the British public donated £1.7 billion to medical research charities in 2012-13. Research shows that this funding delivers health gains for patients and also benefits the UK economy at a 40% return annually.

In recent years, researchers and funders have aimed to better understand the range of impacts arising from public and charitable funding for medical research — including the resulting economic benefits. Such information provides accountability to taxpayers and charity donors, and increases our understanding of how research effectively translates to health gains. Financial returns may not be a key driver in research decisions, but the demands on public funding are substantial and it is therefore important to evaluate investment in research.

While it is easy to cite examples of breakthroughs that have led to substantial patient benefits or improvements in quality of life, it is more difficult to assess the nature and extent of the economic returns arising from investment in a whole body of medical research, some of which may inevitably be less fruitful.

This study, led by RAND Europe, the Health Economics Research Group (HERG) at Brunel University and King’s College London, aimed to estimate the returns generated by public and charitable investment in UK research. The work focuses on cancer and followed a ground-breaking study published in 2008, which yielded the first quantitative assessment of the economic benefit of biomedical and health science in the UK. The original report focused on the returns generated from investment in cardiovascular disease research, also testing the methodology to a more limited extent on mental health research.

The 2008 study used a cutting-edge methodology to estimate economic returns. In 2010, Nature said it was one of the few studies to make a genuine attempt to objectively assess the economic outcomes of research. This approach has been refined in the current cancer-focused study, which used the following key sources to estimate the rate of return:

Although the private sector does undertake early stage research, its contribution is calculated as a cost and is included as part of the price of delivering new medicines.

With the help of eminent cancer research experts and a review of epidemiological data, the team prioritised the following areas:

Estimates of the numbers of individuals affected, and patient costs and effects, were obtained from published studies for the following areas: smoking prevention/cessation; cervical, breast and bowel cancer screening; and treatment of breast, bowel and prostate cancer which together account for over 70% of the additional life years gained from improvements in 5 year survival rates for cancer patients over the study period.

The researchers assembled the lifetime monetised QALYs gained, and the net lifetime costs to the NHS of delivering those QALYs, for the selected interventions from 1991 to 2010 — this allowed for the known lag between investment and impact of research funded between 1970 and 2009. It is assumed that the net monetary benefits of other cancer interventions are zero.

For smoking reduction/cessation, figures on the proportions of smokers, ex-smokers and non-smokers for England for each year between 1991 and 2010 were used to estimate the net change per year in QALYs gained and NHS savings achieved. This was then extrapolated to the UK population.

National clinical guidelines produced by the National Institute for Health and Care Excellence, the Scottish Intercollegiate Guideline Network and the National Cancer Screening Programme were used to estimate the time lag between research and practice, and the proportion of research linked to the UK. Research references cited on 22 clinical practice guidelines related to the selected cancer treatments and interventions were examined for their date and the location of the originating research. In addition, a series of case studies (see example below or view larger image) were produced focusing on five key breakthroughs in cancer research to help investigate time lags and attribution in more detail.

The study takes a conservative approach to the evaluation and, as with any economic analysis, assumptions were made. These are discussed in detail in the relevant publications.

Medical Research: What’s it worth? Estimating the economic benefits of cancer-related research in the UK, a summary of the report, is available on the Wellcome Trust website.

Creating impact – a game of two halves, a guest post by Jonathan Grant, is on the BioMedCentral blog.
/content/rand/randeurope/research/projects/economic-returns-on-cancer-research/jcr:content/par/wrapperdiv_3/teaserlist