Assessing the impacts of digital government transformation in the EU 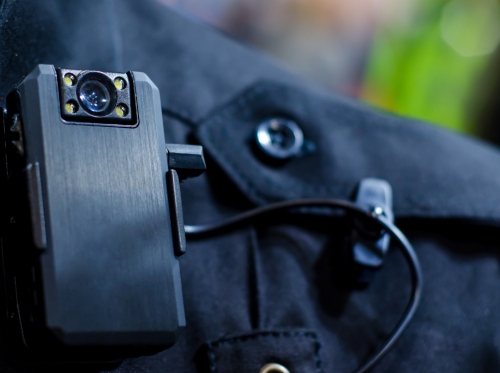 To explore the possible impacts of innovations in the public sector that are enabled by the use of new and existing digital technologies, the European Commission’s Joint Research Centre (JRC) commissioned a study on digital government transformation.

As part of the study, RAND Europe produced a case study on the use of body worn cameras by police forces in the UK, to provide an example of how governments can potentially take advantage of emerging digital technologies to address systemic challenges.

Combining new and existing technologies in government could help to improve productivity and efficiency, while also creating better conditions for markets and economic growth. To explore the possible impacts of digital government transformation in the EU, the European Commission’s Joint Research Centre (JRC) commissioned a study that was delivered by a consortium consisting of PPMI, Open Evidence, RAND Europe, Politecnico di Milano, and Martel Innovate. The overarching aim of the study was to better understand how innovations in the public sector – enabled by digital technologies – could impact governance processes, policy-making mechanisms and service delivery.

The study involved developing a conceptual framework for understanding and examining digital transformation of the public sector, which was tested and validated against a set of case studies. Together with the case studies, the conceptual framework offers evidence on how to potentially shape the future research agenda and will be used to support policy development in the field of digital government and public sector innovation in the EU.

As part of the consortium, RAND Europe supported the JRC study by producing a case study on the application of body worn cameras (BWCs) by police forces in the UK. The aim of the case study was to explore the dynamics and impact of embedding a digital technology in a specific context – policing in the UK – to highlight factors that may be similarly important in other policing contexts. The case study involved a focussed review of the literature combined with a set of interviews with expert stakeholders who had knowledge or experience of BWCs in policing contexts.

BWCs offer productivity gains in terms of cost and time savings. BWCs could lead to reduced workload for police officers, for example by reducing the time it takes to write reports or to deliver footage to the police station for enquiries. However, large quantities of BWC data may also give rise to time-consuming measures, particularly for ‘downstream’ criminal justice partners who have additional evidence to factor into criminal justice processes. Therefore, maximising efficiency and productivity outcomes depends on the ability to mitigate limitations in the technology itself.

BWCs may make policing more effective. BWCs may have helped make policing more effective by reducing crime (e.g. through better evidence for prosecutions), however, it is difficult to conduct research into the longer-term impacts of this innovation on crime. There are also some risks associated with the expectation that BWC footage will always be available in court, and that this footage is generally infallible.

There is general support for the use of BWCs among both UK police officers and citizens. While there is general support for BWCs, evidence on the direct impact of this innovation on police and citizen behaviour is however inconclusive. While police wearing BWCs are less likely to be assaulted than officers without them, and qualitative interviews suggest that cameras may improve police behaviour as their actions are recorded, there is only anecdotal evidence to support these claims.