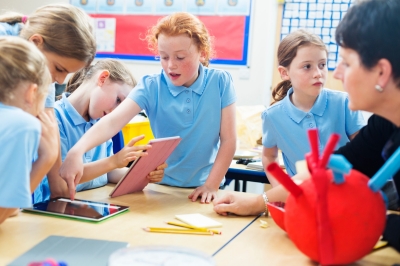 A partnership of primary schools in Lincolnshire developed an intervention that seeks to maximise the impact of teachers’ feedback on pupils’ outcome through the use of video. However, an efficacy trial and associated process evaluation of the intervention found that it does not improve pupil outcomes.

Of all possible teacher influences on pupil achievement, teacher feedback is among the most powerful. At the same time, there is great variability in the effect sizes reported in studies examining the impact of feedback, indicating that some forms of feedback are more effective than others.

These studies suggest that computer-assisted feedback or feedback provided in the form of video or audio are among the most effective. Interventions such as the one developed by the Kyra Teaching School Alliance – a partnership of schools in Lincolnshire – which seek to maximise the impact of teachers’ feedback on pupils’ outcome with the use of video thus hold particularly high potential for impact.

The intervention aims to improve teachers’ diagnostic and feedback skills when teaching maths in primary schools. It involves a diagnostic tool which teachers can use to assess their pupils’ understanding of a topic, and an app that allows teachers to provide pupils with digitally-recorded feedback on a tablet, rather than written feedback. Pupils have the opportunity to review their feedback and develop their work further, the rationale behind this being that the video feedback would be more relevant and of higher quality than written feedback and would thereby improve pupil outcomes.

The project team undertook a two-armed randomised controlled trial (treatment and control), focusing on mathematics in 34 primary schools (Years 4 and 5). While the intervention took place in each school, classrooms were randomly assigned to the treatment or control group.

Recruitment of schools began in early 2017, and the intervention began in September 2017. Outcomes were then assessed at the end of the school year in June 2018. The trial protocol and final report can be found on the Education Endowment Foundation project page.