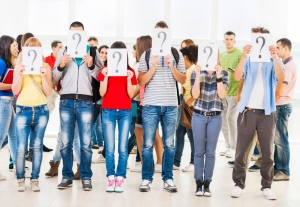 Applications to study at English universities continue to rise, despite the tuition fees now levied at the maximum rate of £9000 per year by the majority of higher education institutions. How do potential students decide where to apply to study?

This research project, funded by the RAND Europe Board of Trustees in 2011, used choice experiments to provide evidence on how individuals decide between different factors such as location, course quality, and tuition fee levels when choosing between universities.

The researchers surveyed two groups of individuals: 1000 pupils intending to go to university, and 1005 (unrelated) parents of pupils intending to go to university in the autumn of 2012 or 2013. These respondents took part in a stated preference discrete choice experiment containing hypothetical university options described by characteristics of the universities, including location, graduate employment prospects, living expenses and student satisfaction ratings. From these data the researchers were able to quantify the relative importance of each characteristic in parents’ and students’ university choices.

The alternatives offered and explored within the choice experiments drew, in part, on the forms of data that are now published by UNISTATS and other websites using data collected from all higher education institutions as part of the Key Information Set.

The choice models developed in this study can be further developed and supplemented with additional data that are now becoming available to allow a range of alternative policy scenarios or commercial strategies to be explored.

Choice of University in England: It's Not Just About the Money