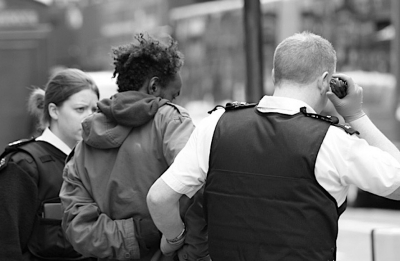 The number of youths from England and Wales first entering the criminal justice system changed significantly between 2003 and 2015, first increasing and then, after 2008, decreasing.

Although it is difficult to substantiate due to lack of data, the introduction in 2002 of new government policies and stricter policing practices in England and Wales, and subsequent changes to these policies and practices in 2008, were likely to be the main causes of changes.

However, an overall reduction in youth crime, as well as longer term trends which have seen reductions in the risk factors associated with youth offending behaviour, may also have played a role.

During the 12 years from 2003 to 2015, there were substantial variations in the number of youths in England and Wales who were first time entrants (FTEs) in the criminal justice system. The number of youth FTEs – young people between the age of 10 and 17 who receive their first reprimand, warning, caution or conviction – increased rapidly from 2003/04 and peaked in 2006/07 at 110,784.

However, this rise was followed by substantial year-on-year falls in England and Wales. By 2014/15 there were 20,544 FTEs in the criminal justice system – around 80 per cent fewer compared to the peak in 2007. Several possible factors (or combinations of factors) could account for these variations, from changes in policing and prosecution practices to changing social and economic conditions.

Commissioned by the Ministry of Justice, RAND Europe conducted research to gain a better understanding of the societal, policy or practice drivers associated with the changes in the number of FTEs. The study also aimed to explore whether the ‘case mix’ of FTEs changed over time and how, and what the proven reoffending outcomes of FTEs were during the time period from 2003 to 2015.

Researchers undertook a secondary analysis of administrative data held on the Police National Computer (PNC) relating to all FTEs between 2003/04 and 2012/13. Alongside, they conducted an analysis of information on arrests and sentencing. To complement, they reviewed published literature and policy documents relevant to FTEs.