The challenges identified in South and Southeast Asian countries in relation to ATT accession or ratification are predominantly issues at the ‘system level’, rather than specific capability or capacity gaps. Solving them requires a process-oriented approach, which has to be contextualised at the national level to ensure validity and sustainability. 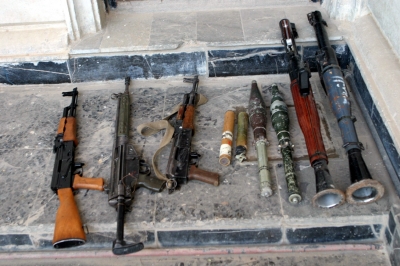 Illegal and irresponsible transfers of weapons have a significant impact on regional and national security, contribute to violence and human rights abuses and undermine development by discouraging investments and jeopardising international assistance.

To prevent and eradicate the illicit trade in conventional arms and prevent their diversion, the United Nations General Assembly adopted the Arms Trade Treaty (ATT) on 2 April 2013. The ATT is the first legally binding treaty regulating the international trade in conventional weapons — from small arms to battle tanks, combat aircraft and warships. It entered into force on 24 December 2014 and currently counts 82 State Parties.

Despite the noble purpose and the already substantial adhesion, many UN Member States are still debating if, how and when to join the ATT. To improve the understanding of the concerns and challenges experienced by member states not part of the ATT, RAND Europe conducted a research project sponsored by the United Nations Trust Facility Supporting Cooperation on Arms Regulation (UNSCAR) focusing on South and South-East Asia.

The project team employed a mix-methodology approach which included a document review and engagement with stakeholders through the participation in two regional workshops (Bangkok in April 2016 and Dhaka in May 2016) as well as through individual interviews with seven officials from targeted member states.

The project team found that there are number of challenges facing the ratification/accession and implementation of the ATT:

At the national level, the project team recommended:

On the international/regional level, the project team recommended: