How the Dutch approached Brexit

Preparing for the worst, working towards the best 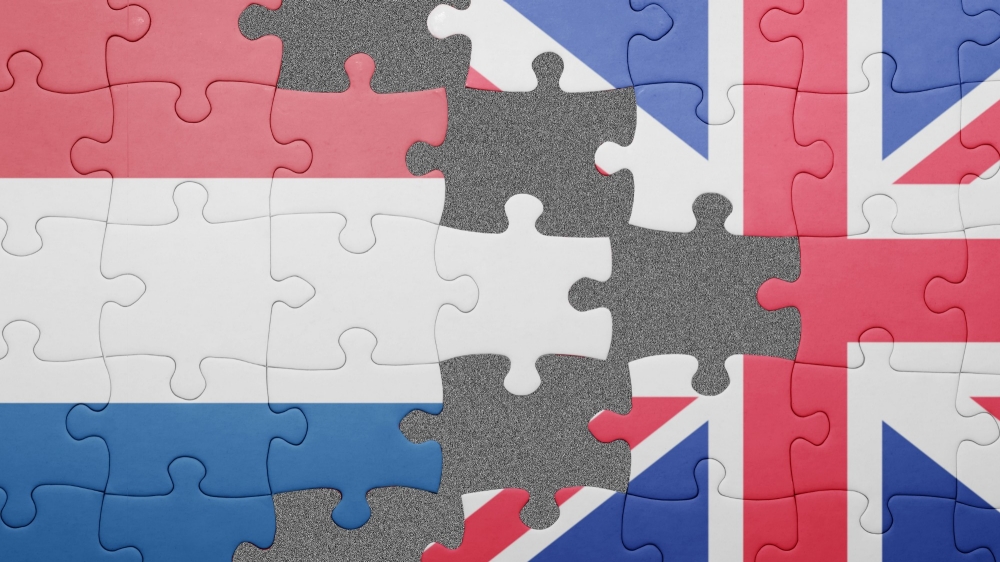 An independent evaluation of the Dutch response to the UK withdrawal from the European Union found that the Netherlands fared well in negotiations and preparations, but Brexit's total costs to the Netherlands remain unclear.

On 23 June 2016, a narrow majority of British voters voted to leave the European Union (EU). Under the slogan of ‘Brexit means Brexit’ Prime Minister Theresa May activated Article 50 of the Treaty on European Union (TEU) in March 2017, making the intention of Brexit a reality. For the Netherlands, the stakes were high. The UK was one of its main trading partners and tens of thousands of Dutch citizens resided, studied or lived in the UK on the basis of their EU citizenship, and vice versa.

Although the European Commission led the negotiations with the UK, it was important for the Dutch government to ensure that Dutch interests were duly represented, that Dutch laws and regulations were adapted in preparation for the new EU external border, and that other stakeholders, such as citizens and businesses, were informed and well prepared.

RAND Europe and Berenschot were commissioned by the Dutch Ministry of Foreign Affairs to conduct the independent evaluation of the government-wide Brexit effort. In line with the objectives stated above, the evaluation addresses three central research questions:

To address these research questions, we adopted a mixed-methods approach, combining different methodologies, including: an analysis of over 200 governmental memos, and carrying out over 60 interviews. We also surveyed a total of over 700 affected citizens and business representatives and undertook two focus groups with involved policy officers and a third with trade organisations. The collected information was then analysed, triangulated and synthesised.

The main Dutch goals were preserving EU unity, achieving an orderly exit by the UK, minimising damage and risk of disruption, and ensuring a positive new relationship with the UK. During the withdrawal negotiations of phase 1, the Netherlands mainly focused on i) citizens’ rights, ii) the settlement of financial obligations and iii) border issues, especially those between Ireland and Northern Ireland.

For the negotiations on the new relationship with the UK in phase 2, the various departments of Dutch government identified 11 key issues that guided the Dutch efforts. The objectives of the Dutch government were perceived as clear and consistent, and the strong interdepartmental organisation contributed to effective advocacy during the negotiations. The main Dutch intended outcomes for the withdrawal negotiations were achieved, and in general it seems that Dutch interests were effectively pursued.

Early on in the process, all departments of the Dutch government came together to map the potential disruptions a hard Brexit could trigger, which they afterwards continually updated and deepened as the negotiations progressed. The feared chaos and identified disruptions did not materialise.

Key to the success of the preparations were the effective interdepartmental collaboration and the coordination from the Ministry of Foreign Affairs, though the Coordination Unit for Contingency Planning and Preparedness could have been set up quicker and earlier.

The Dutch communication strategy is considered a success and generated attention at home and abroad. Stakeholders were positive about the cooperation with, and the involvement of, the business community. British citizens residing in the Netherlands were also predominantly positive about the communication efforts of the Dutch government, though Dutch citizens living in the UK were much more critical.

Relatively large expenditure was foreseen for the preparations for Brexit. Budgeted costs totalled around €570 million over the period 2018-2021. Those costs must be seen in the light of the threat of a no-deal Brexit, which was a very real possibility for a long time. The potential damage to Dutch society and economy without proper preparation would have been considerable and much higher than preparation costs.

Expenses were accounted for in the ongoing budgets of the relevant departments. The realisation of these budgets were not available and probably remained unknown. This lack of central administration seriously hindered the determination of total costs and insight into actual spending. As a result, it was not possible to assess efficiency and cost-effectiveness. 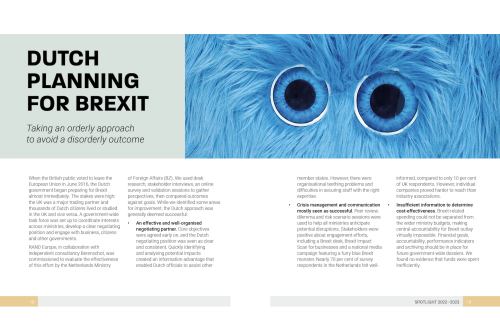