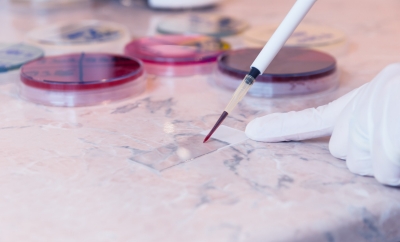 EU-funded research into diseases like HIV/AIDS, tuberculosis and malaria has had a significant impact on strengthening research capacity in low- and middle-income countries, and it also helped increase knowledge generation for diagnosis, treatment and prevention. It is less clear what effects the funding had on encouraging universal health coverage (UHC), however.

This research suggests nine strategies to support the linkage between R&D and UHC, improve awareness of EU-funded PRND R&D, and strengthen the monitoring and evaluation of PRND R&D impacts.

Every year millions of lives are plagued by infectious diseases like HIV/AIDS, tuberculosis (TB), and malaria or other parasitic diseases. These diseases disproportionally affect those in low- and middle-income countries (LMICs) — where access to good quality health care, safe drinking water and hygienic living conditions are often not guaranteed — and are therefore commonly referred to as ‘poverty-related and neglected diseases’ (PRNDs). The burden from PRND-associated morbidity and mortality often places people in a vicious cycle of poverty and disease. Fighting these diseases thus serves both a social and an economic imperative.

EU investment in research for PRNDs has primarily been directed to developing new medicines, diagnostics and vaccines. These are steps that could contribute to achieving Universal Health Coverage (UHC), a pathway that starts with the existence of a product that is proven to be safe and effective, affordable, accessible and of assured quality. Therefore contributions to the development of such therapeutic solutions for PRNDs could foster achievements around UHC and the populations affected by such diseases.

RAND Europe and Technopolis Group, with support from Baird’s CMC and Institut de Recherche en Sciences de la Santé (IRSS), were commissioned to conduct a study which evaluated the role and impact of EU-funded R&D in the field of PRNDs.

The overarching aim of the work was to evaluate the role of R&D on PRNDs in contributing to achieving UHC and improving population health in LMICs. This is directly aligned to the European Commission’s intention to learn from prior investments to inform future direction.

A series of interrelated objectives were associated with the study’s overarching aim. These included:

The study applied a mixed-methods approach to address the different objectives of the evaluation. The approach included:

The evaluation makes nine recommendations across three areas, addressed to the European Commission, research funders and wider stakeholders in the global health community: