Impacts of the indoor environment on child health 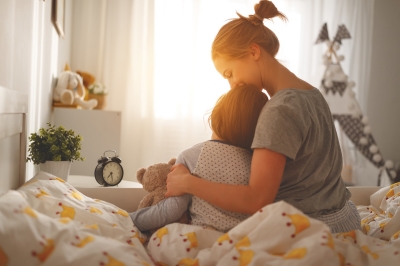 Twenty-six million children in the EU under age 15 are exposed to damp, noise, darkness or cold in their own homes. Exposure to each of these four housing deficiencies is associated with poorer health outcomes for the children affected.

Additionally, the economic benefit associated with eliminating EU children’s exposure to household damp and mould can be estimated at $62 billion over the next 40 years.

Housing inadequacies, including those that negatively influence the indoor climate, affect a significant number of EU citizens, with many living in homes with damp and rot, and without the ability to maintain a comfortable temperature at home. This is a serious problem, as housing inadequacies have a significant impact on people’s health, with children being one of the groups that are particularly affected.

Evidence shows that bad housing conditions increase the risk of severe ill-health or disability during childhood and early adulthood. Different aspects of a child’s home, such as temperature, humidity level, air quality, noise level and level of daylight, all have the potential to influence multiple aspects of the health and development of children, making indoor climate a key element for a healthy childhood.

RAND Europe was commissioned by VELUX Group to conduct a study exploring the impact of poor indoor climate on child health and on the overall societal costs related to this. It focussed on a number of specific indoor climate hazards, including damp (which is often linked to mould), noise, excess cold and lack of daylight.

The study included a rapid evidence assessment (REA), a multivariate regression analysis, an estimation of the health and educational burden as well as a macroeconomic modelling exercise. While the REA looked at evidence from across Europe and North America, the other three tasks focussed on the EU.