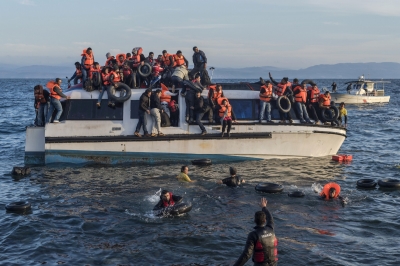 The Mediterranean Foresight Forum was a RAND-funded effort to monitor current affairs, analyse future scenarios and simulate policy options to support the implementation of comprehensive responses to these challenges.

New and emerging geo-political challenges are reshaping the international order, requiring governments to consider novel strategies and tools that integrate diplomatic, economic, and military instruments of power. This dynamic is particularly evident in the Mediterranean, which has progressively returned to a region of global strategic interest.

Political tensions, armed conflict, economic and social instability and transnational criminal networks demand solutions that transcend traditional institutional boundaries of domestic and international policymaking. Although there is plenty of information (and misinformation) being shared among both government officials and the public, there appears to be a lack of coherence, comprehensive analysis, and use of evidence to support strategic-level decision making at both national and international levels.

The overarching objective of the Mediterranean Foresight Forum (MFF) was to act as a policy shaping mechanism, connecting current political, social, economic and technological developments in the region with short-term policy agendas (1-3 years). The MFF aims to support the development of comprehensive, integrated civil-military responses to complex challenges through an innovative combination of research, scenario-based sensitivity analysis and table top-exercises. The MFF focused on cross-cutting issues grouped under three themes:

The MFF made a number of key observations: