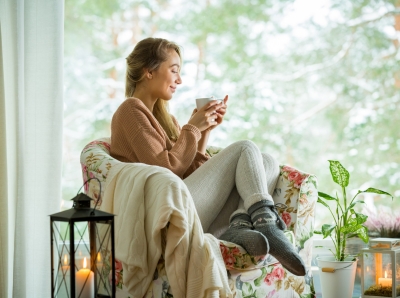 Researchers found emerging evidence of the positive association between being in a natural environment or engaging with nature-based interventions on the one hand, and improvement in mental health on the other.

However, this research area is still in its infancy and the overall evidence base needs to be strengthened before any conclusive statements can be made.

There is some evidence that people are spending increasingly more time indoors than previous generations, and as a result we may be losing out on some of the health benefits that may come from spending time outdoors and in nature, such as physical health, wellbeing and subjective happiness. This issue could potentially be addressed by incorporating natural elements into architecture and building design, or “bringing the outdoors in.”

RAND Europe was commissioned by The VELUX Group to conduct a brief scoping study on the recent academic literature regarding the impact that exposure to nature has on mental health.

To address this request, the research team aimed to identify, analyse and synthesise available scientific literature that is related to the following research question: ‘Is there an association between exposure to or interaction with the natural environment and mental health outcomes?’

The study team conducted a scoping review of reviews using academic literature sources. Search terms and criteria were developed, and titles, abstracts and full-texts reviewed, before proceeding to full-text extraction and synthesis. An internal workshop was also held to discuss emerging findings and to identify different themes.