Economy and national security in the Netherlands 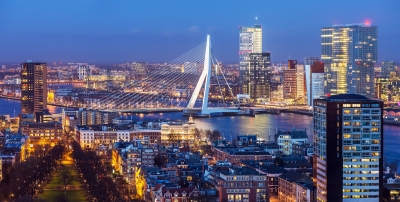 National security is a term that is often understood and expressed by the threats faced by a state, for example from terrorist attacks. However, its scope can be broader than that: National security can also be understood as the protection of infrastructure and sectors that are critical for the uninterrupted functioning of a nation’s economy.

This interpretation of national security highlights the strong interconnectedness between security and the economy in a system that is complex, interdependent and involves multiple variables.

The Dutch Research and Documentation Centre (Wetenschappelijk Onderzoek- en Documentatiecentrum, WODC) commissioned RAND Europe to develop insights into the relationships between the economy of a country and its national security, focusing in particular on the Netherlands.

This study is intended to support the National Coordinator for Counterterrorism and Security in exploring the concept of economic security based on a broad and international range of perspectives.

The study involved different approaches, including a review of academic and policy documents, interviews and the development of an analytical framework used to conceptualise the relationship between the economy and national security.

Building on the international literature and the conceptual framework, researchers analysed what developments and trends within the global, EU and Dutch national economy can have an impact on the national security of the Netherlands, and where vulnerabilities may exist within the Dutch system.

The impact of the economy on critical infrastructure, sectors and processes could threaten national security in a number of ways:

In addition, a number of global economic and geostrategic trends could present risks to critical infrastructure, sectors and processes and therefore should be considered alongside an analysis of risk vectors linked to macroeconomic events and variables. These trends include: