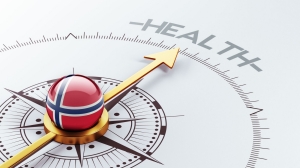 The primary objective of any health research system should be to improve the health of the general public and the health outcomes of patients through research. The HelseOmsorg21 initiative was set up by Norway's Ministry of Health and Care Services to develop a new research and innovation strategy for health and care services in Norway, with the secretariat provided by the Research Council of Norway.

RAND Europe was invited to support the strategic review by conducting a series of rapid evidence reviews around recommendations arising from the initiative’s five working groups. The working groups focused on industrial development and entrepreneurship, research quality and internationalisation, knowledge systems, municipalities and global health challenges.

The research team conducted rapid evidence reviews, summarised relevant literature and highlighted international examples of particularly relevant or innovative approaches. The issues and ideas identified around each theme were then pulled together in a suggested conceptual representation of the Norwegian health and care research system.

RAND Europe researchers identified themes from the interim reports of the five working groups, and they then prioritised the themes in consultation with the head of the HO21 Strategy Group and members of the secretariat based at the Research Council. The prioritisation exercise resulted in agreement on the following four themes around which to build rapid evidence reviews:

Capacity building was also identified as a cross-cutting theme, but during the review it became clear that it was best considered as a component of each of the other themes

We developed the figure below, which suggests an indicative view of the Norwegian Health Research System. It should be stressed that it focuses on the ideas and suggestions captured in the report and that there are inevitably other elements and interventions (such as user engagement, monitoring and evaluation) that are not included but should subsequently be integrated.

The purpose of presenting this figure is twofold: first to emphasise the need to conceptualise a new health research strategy as a system, with many different stakeholders connected through a complex set of relationships with at times different incentives and missions; and secondly, to illustrate the benefit of representing the system in a single figure both in terms of communicating a new strategy and also to test its coherence. No one part of the system can operate in isolation. 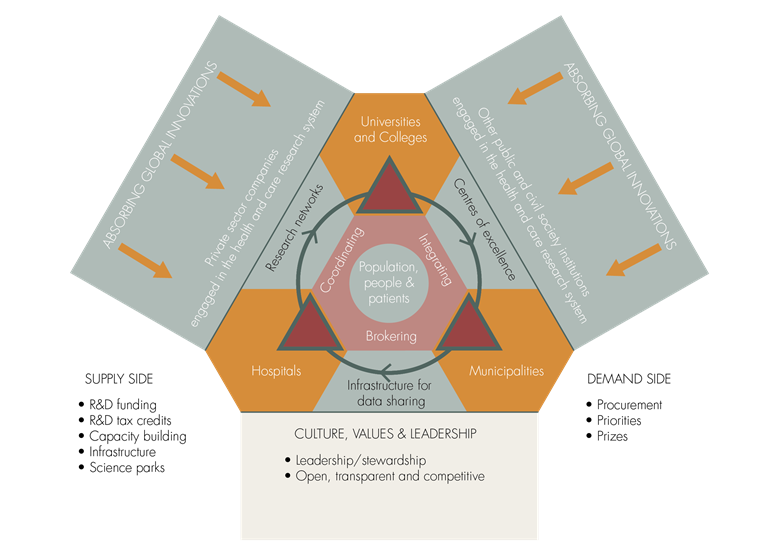