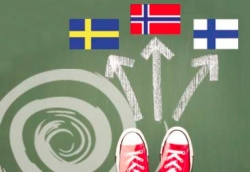 Choice of healthcare provider has become an increasingly important feature of healthcare policy in many countries. Much of the debate has focused on choice of secondary provider, while choice in relation to primary care has received less attention.

In England, following the introduction of increased choice of secondary care provider in the early 2000s, recent reform efforts foresee the implementation of free choice of GP practice following a 12-month pilot scheme during 2012 and 2013.

In light of the proposed changes in England, RAND Europe, through the PIRU, sought to understand choice of primary care provider as a policy issue in different health systems in Europe. The research team conducted a literature review, complemented by country case studies involving document review and key informant interviews. We examined three countries, Finland, Norway and Sweden, on the basis that these had recently introduced changes to choice of primary care provider.

Our study identified a range of drivers and expectations that have contributed to the design and implementation of reforms designed to increase choice of primary care provider in Finland, Norway and Sweden.

The timing and scope of choice reforms differed between the three countries. In 2001 Norway introduced the 'regular general practitioner' scheme, giving every resident the right to register with a GP of their choice anywhere in the country. In Sweden, a 2010 reform introduced the right of individuals to register with any public or private primary care practice accredited by the local county council, a practice that had already been implemented by some county councils from 2007. In Finland, since 2012, individuals have been allowed to register with a health centre of their choice, initially in the municipality of residence but, from 2014, with any centre in the country.

In all three countries, the main motivations for modifying choice in primary care were to enhance access to and improve the quality of care. In Sweden and Finland, this was to be achieved through increased competition, while in Norway the emphasis was on enabling GPs to better manage their patient load, with the expectation that this would lead to a more efficient use of resources. In Norway and Sweden, introducing choice was also seen as an opportunity to restructure care, with a particular focus on enhanced coordination between primary and secondary care. Overall, reform efforts have to be seen within the wider context of recognising the importance of patient and public preferences in decision making, with choice in healthcare being seen as part of a wider debate around choice in the public sector.

Whether citizens make use of increased options to choose their primary care provider can be assessed by measuring the rate of 'switching' between providers. However, the empirical evidence on patterns and trends of switching of GP or GP practice is weak, although informants in all three countries noted that choice of provider was more likely to be exercised in urban areas than in rural settings. There was an expectation in all three countries that those most likely to choose would be active and educated, living in urban areas and better informed about the options available. The empirical evidence of the impact of other reform efforts to increase choice in primary care remains scant. Examples include enhanced access to care as measured by a change in the number and distribution of primary care providers, and there is some suggestion that new providers did enter the market in Norway and Sweden. Conversely, in Finland related impacts of the reforms were not yet visible and indeed access to primary care providers continued to pose a challenge. Overall, the evidence on outcomes of the reforms on service users, service providers and the system as a whole in each of the countries remains weak and there is a need to systematically monitor and evaluate developments and trends.

Where introducing or modifying choice of primary care provider involves permitting registration beyond administrative boundaries, this might be expected to pose challenges with regard to coordinating and following payments and in relation to financial flows. However, this was not found to be the case in the three countries studied. Indeed, key informants highlighted that local governments traditionally work collaboratively on healthcare and other public sector issues; also transfers are limited in number and value, and systems to manage flows are well established.

However, informants in all three countries identified publicly available information as one of the main challenges facing the choice reforms; information that is available to patients tends to focus on basic indicators of practice size and opening hours and was regarded as limited in all three settings. Initiatives that encourage patients to post comments on the internet about their experience in primary care or that make data available on the quality of care delivered are only beginning to emerge.

On the basis of our findings we conclude that the implementation of policies seeking to enhance choice of primary care provider may be more straightforward in settings where transfers are limited in number and value, where it is easy to let money follow the patient, and where the existing IT infrastructure allows for easy transfer of medical records. One concern that has been identified as particularly pertinent for the three Nordic countries reviewed here is the challenge of creating choice of primary care provider in remote areas. While this poses less of a difficulty for the current GP choice pilots in England, which are focused on more populous, commuter regions, issues around remoteness will be important to consider if the scheme is to be expanded nationally. Providing choice in remote settings is challenging because of lack of sufficient market. There is a need to carefully monitor the impact of enhanced choice in primary care in order to ensure that related policies truly enhance access to and improve the quality of care and do not only benefit those who are more able to exercise choice.