The Return on Investment for Preventive Healthcare Programmes 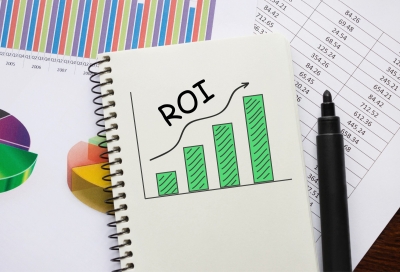 Only a small amount of pharmaceutical companies measure the return on investment of their workplace health promotion programmes in a systematic manner, but data from GSK clearly demonstrates the potential business case for companies to invest in the health and wellbeing of its workforce.

Evidence suggests that workplace health programmes and initiatives are growing in number and scope around the world, as employers increasingly recognise the link between employee health and wellbeing and a company’s financial performance. The simple logic is that effective investment in health and wellbeing can save a company more than it spends on the actual programme. This is largely the result of reduced productivity losses due to lower absenteeism (employees not being at work) and lower presenteeism (employees being present at work but working at a sub-optimal level), and lower healthcare spending.

However, findings from the work conducted by RAND Europe on behalf of VitalityHealth’s Britain’s Healthiest Workplace (BHW) competition, found that, from 170 surveyed UK companies from various different sectors, only 17 per cent measure the return on investment of their health and wellbeing initiatives, and of those just three per cent measure their return on investment for the finances. GSK, a global pharmaceutical company, commissioned RAND Europe to develop a framework to analyse the return on investment of workplace health promotion programmes worldwide, which included its own Partnership for Prevention (P4P) programme.

Through the framework, RAND Europe aimed to outline the drivers of successful workplace health promotion programmes, provide an overview of health and wellbeing interventions offered by pharmaceutical companies, and analyse the return on investment for health programmes, in particular GSK's P4P programme.

RAND Europe developed an economic model embedded in a predictive methodological framework based on identifying essential factors impacting the return on investment. The model used data provided by GSK, as well as other publicly available data sources, such as the Global Burden of Disease (GBD) data.