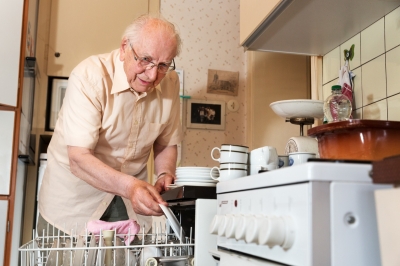 Researchers assessed changes in hospital utilisation following implementation of case management interventions in two boroughs of south London, in comparison to similar populations elsewhere. They found that the additional investment made through the programme cost more than it saved, possibly through the identification of unmet need.

Initiated in 2012, the Southwark and Lambeth Integrated Care (SLIC) Older People’s Programme brings together health and social care providers and local people to help maximise the health and independence of older people, aged 65 years and older, through better identification and management of risk. The programme also seeks to reduce inappropriate hospital use in times of crisis, through faster access to special assessment, rapid support at home and improved discharge programmes.

The programme focuses on holistic health care for the population rather than on a single disease, across physical and mental health, and social care in the two boroughs.

RAND Europe—as part of the Cambridge Centre for Health Service Research (CCHSR)—was commissioned to work with partners at the London School of Economics (LSE) to assess changes in hospital utilisation, following implementation of case management interventions in Southwark and Lambeth, in comparison to similar populations elsewhere, and whether the additional investment made through the programme has cost more or less than the savings made.

Changes in hospital utilisation were assessed in a controlled, before and after comparison of emergency admissions, elective admissions, bed days, A&E attendances and outpatient attendances of people aged 65 years and over receiving case management in GP practices in Southwark and Lambeth, compared to similar populations elsewhere in South London and the rest of England. Comparisons were made at the GP practice level using outcome data derived from NHS Hospital Episode Statistics (HES).

Costs, including those associated with changes in hospital utilisation, changes in care home placements and changes in investment in community, primary care and other settings, were considered before and after the implementation of case management.

The Older People’s Programme was not cost-saving. Some aspects of the Programme were associated with increased costs of elective care, possibly through the identification of unmet need.