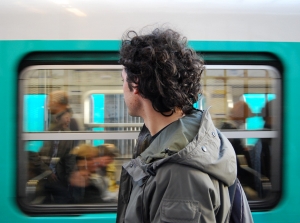 In this context, the overall purpose of this study was to investigate, through case studies, the challenges and opportunities for the economic and social inclusion of migrant EU workers in four cities across the EU: Leeds (UK), Frankfurt (Germany), Rotterdam (Netherlands) and Milan (Italy). This report presents the findings of the Leeds case study.

Our findings aim to inform the ongoing debate – at the local, national and European level – on intra-EU labour mobility. In the UK, this debate is focused on the principle of free movement of EU citizens, and issues related to the integration of migrants and social cohesion. Our research provides concrete examples of challenges and opportunities related to the inclusion of newly arrived EU migrants at the local level in Leeds.

Social inclusion is a process which affords citizens the necessary opportunities and resources to fully participate in economic, cultural and social life. Over the past ten years, the European Union has undergone significant expansion leading to increased scope for the movement of people from one Member State to another. In this context, the question of inclusion of migrants has become more salient, especially in light of the current financial crisis and the growing political mood surrounding immigration.

The freedom of movement of people is at the crux of European integration. The principle of social inclusion should also allow for people to enjoy a standard of living consistent with what is considered normal in the society in which they reside. Further, social inclusion relates to social cohesion in which all members of society are drawn together to become more active members of society.

Many migrants participate in the labour market, enrol in education and training, and participate in arts and leisure activities as well as integrating into the community through membership in sports clubs or religious groups.

The project relied on four case studies from cities across the European Union: Leeds (UK), Frankfurt (Germany), Rotterdam (Netherlands) and Milan (Italy). Each of these cities was selected because it has received large numbers of migrant EU workers since 2000. This project aimed to examine the specific barriers to and facilitators of economic and social inclusion of EU migrant workers. Research efforts included analysing secondary data and conducting surveys, interviews and workshops with key stakeholders.

Our research identified a number of opportunities created for and by EU migrants in Leeds.

There are also some challenges resulting from the arrival of EU migrants to Leeds.

These challenges and opportunities can be affected and overcome by various initiatives and activities with the aim of facilitating inclusion, implemented at the local, regional and national level.

Based on our research, we can draw lessons learned from Leeds’ example on aspects that seem to be important when planning and implementing initiatives for migrant EU workers and their families:

The EC DG-EMPL has released a Synthesis Report: Socio-economic inclusion of migrant EU workers in 4 cities. RAND Europe contributed to this report as well as to the city reports on Frankfurt and Leeds.