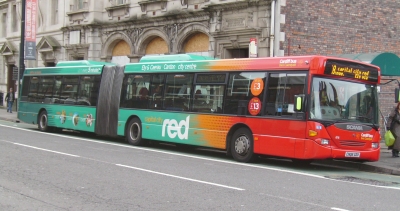 Researchers developed models capable of predicting levels of transport demand in South East Wales in response to a range of different policy options and in light of demographic changes.

They based the model on an existing one they had developed for the West Midlands, modifying it as needed based on local data. The resulting model closely predicts share of transport modes, though at times under-predicted car driver share.

In 2018 the Welsh Government commissioned RAND Europe, together with Mott MacDonald and David Simmonds Consultancy, to develop a new transport model for South East Wales. The new model was required for the assessment of a range of transport policy options, including schemes to improve the public transport services across the region.

The aim of RAND Europe’s contribution to the project was to develop new models capable of predicting the levels of transport demand in South East Wales, in response to a range of different policy options and in the light of demographic changes. Separate models were designed in relation to different purposes for travel, as well as the various modes of transport.

The approach that RAND Europe followed in this study was to take the detailed transport models they had developed together with Mott MacDonald for the West Midlands region, and transfer them to a South East Wales context. This transfer approach allowed a detailed, policy responsive model to be developed for South East Wales, both at a lower cost and over a shorter timescale compared to developing a new model from scratch.

What travel frequency variations were identified?

How well did the models transfer to the South East Wales context?

How well do the models replicate observed travel behaviour in South East Wales?

How do the model sensitivities compare to WebTAG realism test guidance?

How well does the implemented model make predictions?

The approach to estimating frequency models for education purposes needs revisiting if there are any changes to the school leaving age.

We recommend that realism tests are undertaken to verify that the model elasticities are WebTAG compliant.