The UK College of Policing implemented a stop-and-search training pilot for 100 officers in England and Wales.

An evaluation by RAND Europe, Oxford, and Hebrew University found the training to have been well received. Changes in communication could improve the results if the programme is implemented more broadly. 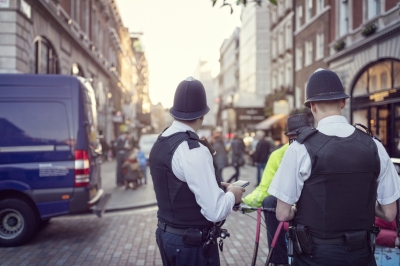 In 2014 the UK College of Policing entered into a partnership with the Equality and Human Rights Commission (EHRC) to develop new National Policing Curriculum (NPC) learning standards on stop and search, and to design related learning materials. This was primarily in response to a series of reports on problems identified with the use of stop and search powers by police in England and Wales.

The College, in consultation with the EHRC and police stakeholders, developed a training intervention that was piloted across six police forces in England from August 2015 through December 2015. The piloting was undertaken with the intention of informing and supporting a national roll-out of the training to all officers in England and Wales from 2016/17, and to develop an evidence base around ‘what works’ in improving stop and search practice and the use of the relevant powers.

The College commissioned RAND Europe, along with researchers at Oxford University and Hebrew University Jerusalem, to carry out a process evaluation to examine the ‘treatment’ side of the RCT, looking at training implementation issues, perceptions of key stakeholders and trainers, and behaviour and experiences of trained officers.

The first three questions broadly examined the implementation issues and perceptions of those involved in the pilot. The final two questions examined the behaviour of trained officers subsequent to the training.

The process evaluation used six main methods to answer questions surrounding implementation and perceptions of the training. These were: