Supporting the Forces in Mind Trust 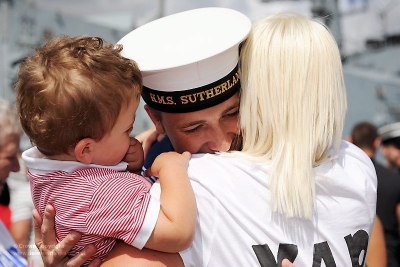 A Royal Navy sailor is reunited with his family after a long deployment with HMS Sutherland overseas.

Each year, approximately 20,000 personnel leave the UK Armed Forces and transition into civilian life. The Forces in Mind Trust (FiMT) has called for better transition support in order to assist Service leavers and their families in leading successful civilian lives.

In 2015, FiMT conducted a six-month stakeholder engagement programme to identify areas where the families of Service leavers could be more effectively supported in the transition process. Their engagement highlighted four areas requiring further attention:

To understand the existing evidence base in these four areas, FiMT commissioned RAND Europe to conduct a systematic literature review in order to support FiMT’s three-year support to transition programme.

The three main aims of the systematic review were to:

The systematic review was conducted to evaluate the evidence surrounding the transition of ex-Service families to civilian life. To identify relevant literature, databases were systematically interrogated. RAND Europe then adopted a two-stage screening approach to review each of the identified sources and assess whether they should be included or excluded in the review.

Initially, the study team deployed a broad search strategy reviewing titles and abstracts only and excluded sources not relevant to any of the four focus areas. Studies which were not excluded in the first stage were subject to a full review in the second stage. The sources were read in full and a data extraction template was deployed to capture the relevant source data from the included literature. Finally, the project team conducted an internal workshop to assess and analyse the data collated.

The project team found that evidence on UK Service leavers’ transition to civilian life was limited across all four research themes. Very little of the examined source material focused specifically on the issue of transition, with most sources addressing issues around deployments and Service life more broadly.

The project team found that there was:

The project team made a number of recommendations for research funders and researchers: