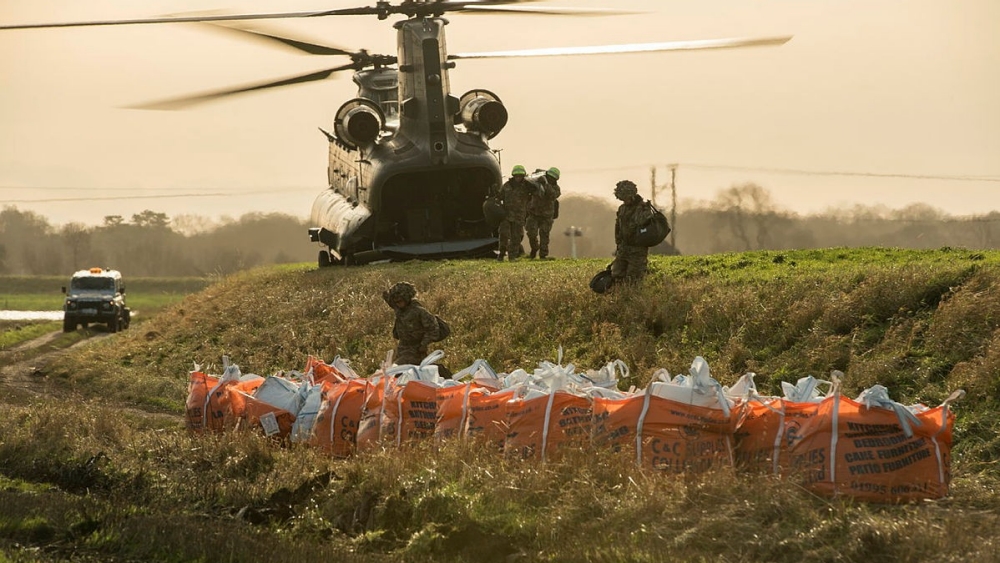 Societal resilience, or the ability of societies to rebound from the shock of a crisis such as natural disaster or attack, has become a key priority for governments.

In the summer of 2021, a slew of climate change–related crises — including extreme heat across the American West, massive flooding in China and northwest Europe, and wildfires in Arctic regions — required a coordinated response. In addition to naturally occurring events, cyber-attacks continued to be directed at critical infrastructure, government departments and the private sector. This all occurred during the ongoing COVID-19 pandemic, which has continued to challenge individual countries, as well as the global community.

As climate change continues to progress and new and innovative methods of conducting cyber-attacks proliferate, it is likely these types of events will only increase in frequency. This has led governments around the world to develop their ability to respond when a crisis inevitably strikes.

The UK government recognised this in its 2021 Integrated Review, identifying a requirement to build the country’s resilience to physical and digital threats, and linking resilience with the protection of democratic institutions and strategic advantage. However, there is as yet limited consensus on what that resilience should look like and how to bring it about.

As part of the Global Strategic Partnership (GSP), RAND Europe researchers led a study for the Development, Concepts and Doctrine Centre to better understand the lessons UK Defence might learn from other nations’ approaches to promoting societal resilience. The ultimate goal of the project team, which also included Aleph Insights, was to support and enhance the credibility of the UK’s resilience and deterrence posture. While this project focused on the role of UK Defence, the team’s findings will be relevant to those involved or interested in resilience planning, both inside and outside of the MOD.

In addition to qualitative analyses of each case study, Aleph Insights devised a Societal Resilience Index to compare the case studies based on variables that either contributed to or indicated societal resilience. 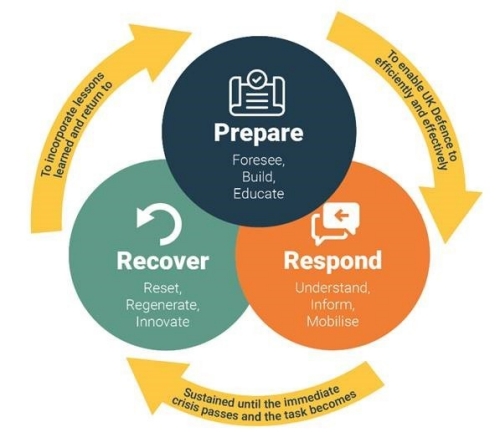 The GSP study team developed a conceptual framework that identified three separate phases of societal resilience: Prepare, Respond and Recover. Variations of these stages feature prominently in legislation and policy guidance on societal resilience across the five case studies, as well as in the UK, and are terms familiar to the UK Ministry of Defence (MOD). The stages are as follows:

A critical characteristic is that these phases are not sequential, but rather overlap and at times take place concurrently as various crises unfold. Elements of each stage are dependent on actions in the previous stage, while feeding into and enabling subsequent stages.

It is important to note that, as crises may occur in parallel or with cascade effects, actors may find themselves in the midst of several tasks simultaneously. Societal resilience is an ongoing, cyclical process; actions in each phase enable and support tasks in the subsequent phases. For example, the MOD might need to continue to Prepare to respond to a cyber-attack on critical infrastructure while Responding to ongoing flooding.

Based on the research and analysis conducted as part of this study, the GSP team identified a set of proposals for UK Defence. These suggestions are aimed at helping UK Defence improve how it conceptualises and operationalises societal resilience, and think through how it can contribute to the wider context of UK efforts in this area. 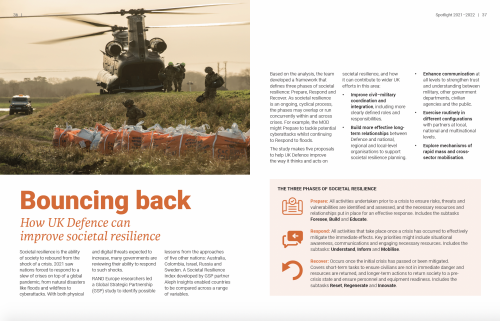