Utilisation of health services by migrants to the UK 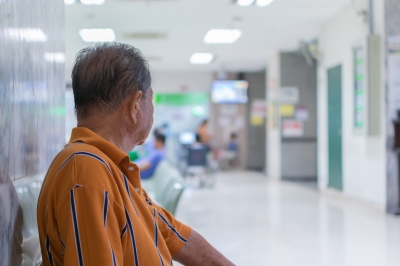 Recent arrivals to the UK use the NHS significantly less than the UK-born population, though the difference narrows when adjusted for age and self-assessed health. However, more work is needed to provide insights to policy makers on migrant use of the NHS, their health needs, and the quality of health care received.

There were 5.5 million more people living in the UK in 2016 compared with 2004, with three million of this increase due to net migration. Currently, public debate on migration is often not based on high quality evidence. Discussions mostly focus on the risks that migrants present for the UK’s labour markets and on migrants’ use of public services, with a relative paucity of evidence on the net contribution that migrants make to the UK economy.

In this context, the overall purpose of this study was to provide high quality evidence on the healthcare utilisation among migrants to the UK to inform the ongoing public debate on the efficient allocation of resources and the provision of health services to the UK’s population.

Commissioned by the Health Foundation, and delivered collaboratively by RAND Europe and the University of Cambridge, the project aimed to examine whether and how the health service utilisation among migrants might be different from UK-born populations. The answer to this question is not immediately intuitive, as the use of the health service by migrants might be the same as those born in the UK, or different, for many reasons.

In our analysis we found that, on average, healthcare utilisation among migrants to the UK is up to 40% lower than utilisation among the UK born population. For all healthcare areas except dental care, this difference was no longer observed once the age, and the self-assessed health of migrants, was appropriately adjusted for.

Healthcare use was typically lower among recent arrivals

The diversity of utilisation depended on time spent in the UK, with utilisation typically lower among those who have recently moved to the UK, and increasing to the levels of the non-migrant population among those who have been in the UK for 10 years or more. The findings suggest that the lower health utilisation by migrants is largely driven by the fact that migrants are younger than the native born population, and have better self-assessed health and fewer long-term conditions.

Contrary to the narrative around migration in recent years, these findings are consistent with previous systematic reviews from across Europe and other research evidence from the UK, and show that recent arrivals to the UK use the NHS less than the native-born population. However, more work is needed to provide insights to policy makers on migrant use of the NHS, their health needs, and the quality of health care received. Future studies should also examine whether recent negative media representations of migrants may be a barrier to access to healthcare for vulnerable migrant populations in the UK. Finally, future research studies could use administrative data from primary and secondary care to provide linkages between the clinical and health services data.