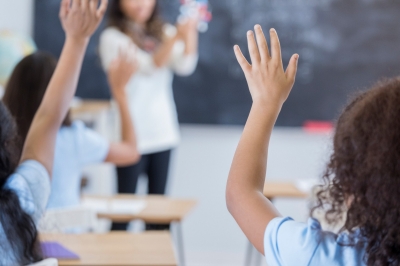 The Education Endowment Foundation (EEF) commissioned a randomised controlled trial to explore the impact of incentivised pay and peer coaching in the teaching of mathematics. However, researchers were unable to recruit enough participants for the study.

To help future studies, the EEF asked the researchers to explore why their recruitment effort was unsuccessful.

Although performance-based compensation systems in primary and secondary education are no longer a novelty in the US, they are still not yet common in the UK. Research from the US finds mixed results regarding the effects of performance-related pay on pupil achievement, but there is limited evidence around this concept from the UK.

The Education Endowment Foundation (EEF) therefore commissioned RAND Europe, in collaboration with the University of Cambridge, to conduct a randomised controlled trial to explore the impact of incentivised pay and peer coaching in the teaching of mathematics. The incentive payment would have been in addition to normal teacher pay, with the final amount being dependent on the performance of pupils in the end of year tests. Coaching was included as part of the study, on the basis that some teachers might be motivated by pay incentives but might require support to improve their performance.

However, the researchers faced difficulty recruiting teachers, and for this reason they subsequently cancelled the study.

Following the cancellation of the randomised controlled trial, EEF commissioned RAND Europe to explore the factors that influenced the low recruitment of teachers into the study and why it was ultimately unsuccessful. As interest in teacher incentives or pay for performance is likely to continue, the EEF felt that it would be important to learn as much as possible from this work for future projects.

RAND Europe gathered evidence on the different aspects that may have led to the recruitment shortfall through the following ways:

The researchers made a number of recommendations for how recruitment for the trial could be improved in the future.