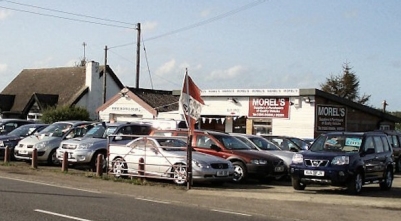 The National Trip End Model (NTEM) is maintained by the UK Department for Transport and is widely used for transport planning purposes. NTEM provides forecasts of population, employment and households by car ownership, as well as trip ends and traffic growth factors. These forecasts are made available for free online via the TEMPRO software. An important component of NTEM is the national car ownership model.

As a part of an Atkins project to update NTEM, RAND Europe updated and enhanced the national car ownership models.

The objective of the update was to re-estimate the car ownership models using more recent data, and to make improvements to the model specifications based on experience in applying the model. In particular, the previous model was known to over-predict car ownership in dense urban areas, particularly London. Consideration was also given on how to reflect relevant recent trends into the modelling approach, such as the tendency for young adults to delay licence acquisition.

The models were estimated using a combination of National Travel Survey data and Family Expenditure Survey data (and the successor surveys). The car ownership models use a particular form of the discrete choice model that incorporates a saturation effect that is directly estimated from the data. Data dating back to 1971 is used for model estimation, ensuring that the saturation terms are estimated from data that covers a wide range of different ownership levels.

Review of model performance and specification