Examining the UK's compliance with the Written Statement Directive 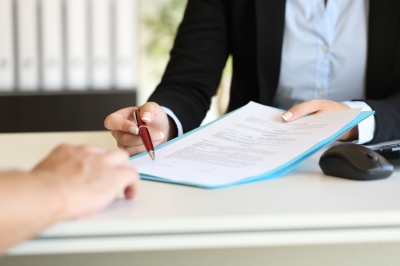 To improve the protection of workers, in the 1990s the EU enacted a Written Statement Directive that gives employees the right to be notified in writing about the essential aspects of their employment relationship. Because of changes in the labour market and emergence of new and non-standard forms of employment, the EU funded an impact assessment to recommend how the Directive could be updated. As part of the assessment, RAND Europe examined the UK's compliance with the Written Statement Directive.

The Written Statement Directive is a piece of EU legislation that gives employees the right to be notified in writing about the essential aspects of their employment relationship. The written document may include the description of work, the duration of work, the amount of paid leave and working times.

Since its adoption in the early 1990s, a number of issues have arisen, including a significant increase in new forms of employment (e.g. zero hours contracts, platform work), as well as concerns about the content and timeframe of providing employees with a written statement.

PPMI was commissioned to conduct a comprehensive review of the Written Statement Directive. The review aimed to provide evidence-based recommendations on future revisions that would improve the protection of workers across the EU. PPMI asked RAND Europe to conduct a case study of the UK's compliance with the Written Statement Directive, as part this review.

The overall review process included collecting evidence on the current situation across EU Member States and assessing how the potential changes would impact the situation of employees, employers, legal institutions and wider society.

The overall review found that the current Directive does not provide sufficient protection for workers due to the changes in the labour market and emergence of new and non-standard forms of employment. The main challenges include:

The findings and recommendations from the review have contributed to the formulation of a new Proposal for a Directive of the European Parliament and of the Council on transparent and predictable working conditions in the European Union. If/when adopted, the Directive would have a direct impact on increasing the protection of workers across the EU.