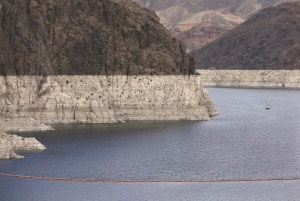 Water from the Colorado River is used by 22 native tribes, 7 National Wildlife Refuges, 4 National Recreation Areas, 11 National Parks, and more than 30 million people in 7 states. Yet while demand for this water is ever increasing, its future availability is uncertain.

The Colorado River Basin Water Supply and Demand Study was jointly funded by the Bureau of Reclamation and the seven Basin States. The Basin Study, released in November 2012, defines current and future imbalances in water supply and demand in the Colorado River Basin and adjacent areas. It also develops and analyzes adaptation and mitigation strategies to resolve these imbalances.

RAND joined the team in February 2012 to support the Basin Study's overarching efforts by using RAND's Robust Decision Making (RDM) methodology to conduct a vulnerability analysis of baseline conditions in the region. The RAND team used RDM to identify vulnerabilities and compare strategies to alleviate the gap between water supply and demand in the Basin States. As part of the RDM process, the RAND team also developed interactive visualization software to display scenario results, compare options, and weigh final tradeoffs with the Basin Study Team and its stakeholders.

The Department of Interior recognized the full Basin Study Team by giving it the 2012 "Partners in Conservation" award for being "a model of collaboration for future watershed planning across the country. The seven Colorado River Basin States, the Bureau of Reclamation, and water users worked together to establish a common factual and technical foundation for resolving future water supply and demand imbalances."