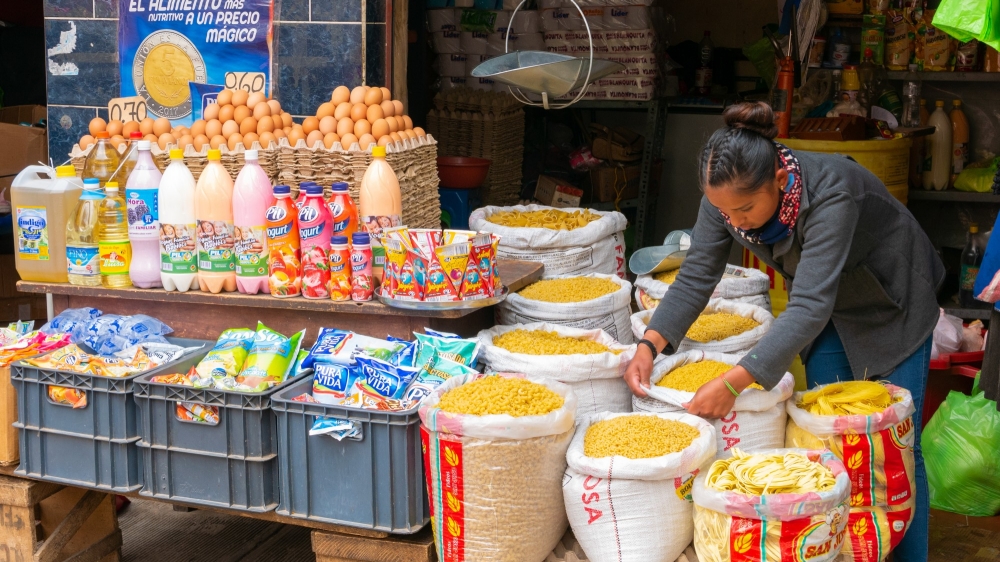 Food insecurity means not being sure that nutritional, safe foods will be available, or not being able to get food in socially acceptable ways.

RAND research has identified food insecurity as a barrier to adhering to antiretroviral therapy (ART) for HIV. Poor adherence to ART is a serious public health problem. Good adherence not only dramatically improves health for people with HIV, it also reduces the amount of HIV in an individual’s blood; as a result, the virus cannot be transmitted. Given this link, treatment essentially becomes prevention, and adherence is the key.

To address the challenges of food insecurity, RAND researcher Kathryn Derose and her team developed a decade-long partnership between RAND and the World Food Programme and local partners across various countries to develop and evaluate pilot projects that address food insecurity and nutritional needs of people with HIV in Latin America (Bolivia, Honduras, and the Dominican Republic).

Most previous work on food insecurity among people with HIV focused on undernutrition and providing food. In Latin America and Caribbean, RAND researchers found that overweight and obesity were the most common forms of malnutrition among people with HIV and often co-existed with food insecurity. In exploratory work across all three countries, the RAND team discovered that healthcare providers caring for individuals living with HIV knew little about their patients’ nutritional needs, and there were few nutritionists and nutritional training programs. This knowledge gap made nutritional counseling for individuals who were obese, overweight, or underweight a priority across all three sites. But given the high levels of food insecurity, it was also important to pair nutritional counseling with strategies that provided access to nutritious foods.

RAND researchers found that overweight and obesity were the most common forms of malnutrition among people with HIV and often co-existed with food insecurity.

Across all phases of these studies, RAND partnered not only with the World Food Programme, but also with local stakeholders in each country, including governmental agencies, associations of people with HIV, and HIV clinics.

Learn More About the Studies