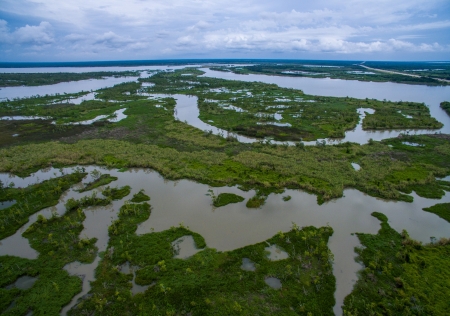 Since 2010, RAND has been a key partner in helping the Louisiana Coastal Protection and Restoration Authority (CPRA) develop its long-term Coastal Master Plan for a Sustainable Coast. Updated every five years at the direction of the state legislature, the state master plan provides a 50-year blueprint for coastal restoration and flood risk reduction projects coastwide. It is intended to respond to the urgent challenges of massive coastal land loss and increasing hurricane risk, driven by uncertain future trends like sea level rise and coastal subsidence (land sinking).

The 2012 Coastal Master Plan identified a $50 billion combination of projects intended to support a more sustainable coast for Louisiana, including restoration projects, such as river diversions and marsh creation, as well as both structural and nonstructural risk reduction projects. The 2017 Coastal Master Plan refined the 2012 Plan by taking into account more updated estimates of plausible future conditions and presenting an updated set of projects for implementation.

On June 2, 2017, the Louisiana House joined the Louisiana Senate by unanimously approving the 2017 Plan. This enables the state to proceed on its implementation, beginning with $644 million of coastal restoration projects this coming fiscal year.

RAND has supported the development of the 2012 and 2017 Coastal Master Plans through two separate, but related efforts:

Louisiana's Coastal Master Plan provides a successful example of how integrated, objective, analytic-based planning can address the most pressing environmental challenges. The analytic infrastructure that RAND helped set into place, including the Planning Tool and the CLARA model, has helped CPRA take steps to secure long-term funding, refine its near-term implementation strategy, and adapt the Master Plan over time as assumptions change. The 2014 report Strengthening Coastal Planning summarizes RAND's contributions for the 2012 Coastal Master Plan and discusses potential applications in other regions of the world. 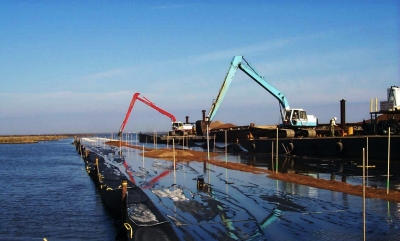 For the 2017 Coastal Master Plan, RAND updated the 2012 Planning Tool to evaluate improved modeling data about how the coast might evolve and the effects of different risk reduction and restoration projects. The tool was also updated to provide a richer set of analytic visualizations to support CPRA's development of its 2017 Coastal Master Plan. CPRA and its stakeholders worked with the Planning Tool to iteratively develop and compare numerous alternatives and ultimately choose the final set of projects to comprise the 50-year plan. The 2017 Planning Tool, for example, helped CPRA compare the benefits of sediment diversion and marsh creation projects for long-term land building and identify the regions of the coast that would benefit the most from nonstructural risk reduction investments. See Appendix D of the 2017 Coastal Master Plan [PDF] for full documentation of the model and analysis. 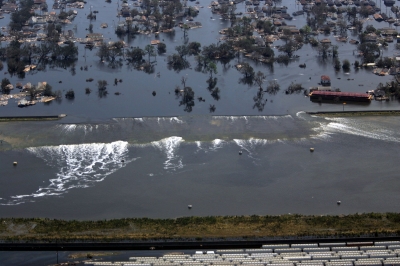 For the 2017 analysis, RAND updated the CLARA model to provide next-level modeling capabilities for CPRA to efficiently estimate flood risk under a wide range of future environmental, operational, and growth uncertainties, and with various proposed projects in place. Key improvements included:

In the 2017 Master Plan, CLARA was employed to evaluate flood depths and damage across a range of future scenarios in a future without action and different projects and coastal alternatives in place. Read more. 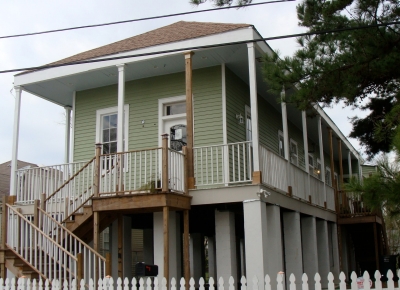 A house on S. Prieur Street, New Orleans, has been elevated as part of post-Katrina levee failure flood renovation.

The State of Louisiana submitted an application to the recent Natural Disaster Resilience Competition that proposes using provided funds to elevate residential structures in Plaquemines, Lafourche, and Terrebonne parishes to reduce the risk of future flooding from storm surge. They asked RAND to help develop this proposal by performing a quantitative analysis of the baseline flood risks and different allocations of funds for mitigation across the three parishes. Results developed with CLARA show that nonstructural work in Terrebonne and Plaquemines parishes offers the most risk mitigation, and that the State's recommended allocations provide higher benefits than costs for all three parishes. 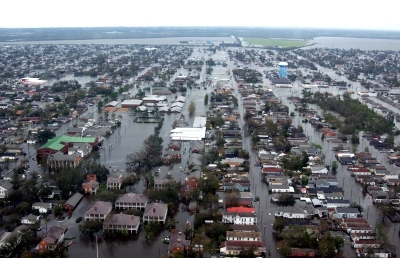 Using an updated and improved version of CLARA, RAND estimated current and future flood risk within the Greater New Orleans hurricane protection system with sea level rise and coastal land subsidence under various assumptions about levee system failure. The study authors found that post-Katrina upgrades to system have successfully reduced risk by a substantial amount in current conditions, meeting the design goals established by the U.S. Army Corps of Engineers. However, without continuing maintenance and upgrades of the system to keep pace with evolving future conditions, those gains may be lost over the coming decades, leading to dramatically higher risk 50 years from now without additional action and investment. 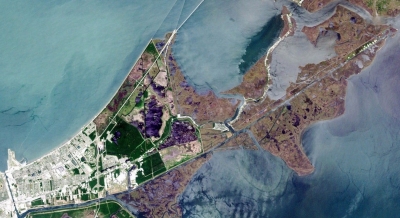 RAND also used CLARA to evaluate the potential benefits for coastal Louisiana from a barrier across the mouth of Lake Pontchartrain. This evaluation was completed in advance of analysis supporting Louisiana's 2017 Coastal Master Plan. The analysis compared five different barrier options in one future scenario reflecting sea level rise and coastal land subsidence conditions 50 years from today. It also included new estimates of the potential induced economic damage from these proposed options to areas outside of the barrier, including coastal Mississippi. Results show that a Lake Pontchartrain barrier could provide substantial damage reduction benefits for southeastern Louisiana with comparatively low induced damage in neighboring communities. CPRA included the barrier option identified in this study as part of the formal 2017 assessment, and ultimately selected this project for implementation as part of the final 2017 Coastal Master Plan.

View CPRA's Master Plan Data Viewer, an online tool that displays results from the 2017 Coast Master Plan and helps residents learn more about the current and future flood risk impacts in their communities.