The Role of Research and Analysis in Advancing Racial Equity 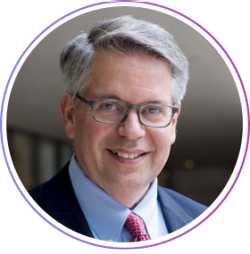 How do you envision research, analysis, and racial equity intersecting at RAND?

I came to RAND because I loved the idea of an institution that made it its mission to help solve the world’s hardest problems. That doesn’t mean RAND will be at the center of every important policy debate or have specific recommendations to offer, but we should try, and we should bring facts and analysis as our calling cards. In this sense, RAND has a responsibility to help be a leader in solving the complex problems that disproportionately affect people of color and contribute to persistent racial inequities in our neighborhoods, hospitals, classrooms, and criminal justice system, to name just a few. We are far from reaching our potential on these important issues. This has not always been a focus at RAND or, for that matter, in my own professional background and training. But it is clear to me that RAND must address issues of equity in our research and analysis if we want to play a role in solving the world’s hardest social and economic problems. To overlook issues of equity means the problems will simply perpetuate.

What do you think are some actionable steps to increase equity in the broader policy landscape?

The most important step is to shine a light on the problem by exposing root problems and highlighting potential corrections. We pride ourselves on being systems thinkers and untangling the systems that produce inequitable results will be among the hardest problems we will ever tackle. As a product of the policy making process, I am all too aware that choices are deliberate; they try to advantage one constituency over another. My first textbook in political science was titled “Who Gets the Cookies?” All of us are familiar with how constituencies organize to gain benefits. Equity isn’t always or even often the first measure in deciding outcomes. I also recognize that other types of choices have unintended outcomes. Even when equity is a consideration, the outcomes might be a far cry from what was intended. Case studies in policy analysis are filled with stories of intended and unintended outcomes. Our job is to help bring these issues to the fore while the policy process is underway and before they become someone else’s case studies. As analysts and advisors on social and economic policy issues, asking who’s advantaged and who’s disadvantaged is a good place to start. Digging into the larger system that produces these results is the more important pursuit. That is the way we are going to learn about root causes.

Are there areas in public policy research that you think would benefit from a racial equity lens?

I already mentioned neighborhoods, hospitals, classrooms, and the criminal justice system. Let me focus on classrooms for just a moment. Our classrooms should be the great leveler in our communities. It is where a focus on equity should create opportunity. But, of course, we know that isn’t true. We know some kids are provided advantages in the classroom that other kids could never even dream of receiving. We can’t simply wave a wand and wish the problem away. Our school systems are many – more than 14,000 across the country – and the disparities are deep seated. But we also know there are places where we can start. I am reminded of research RAND undertook for the state of Louisiana. Someone in Louisiana had the idea that every kid should take a college entrance exam, and the exam should be administered without cost to the student. The outcome was fascinating. Kids, including many kids of color, who thought they never had a chance at going to college found they scored well enough to maybe give life to a dream. Enough time hasn’t passed to know how those kids fared, but there are lots of people, including me, who are rooting for them. We can all point to problems with entrance exams, problems with getting into college, and problems with staying in college, but by offering every kid the exam, every kid has a chance. I am betting some of those kids will make good on that chance. Here’s an instance where a simple idea might make a big difference. It’s also an illustration where policy doesn’t have to be embodied in sweeping reforms to make a difference in people’s lives. This is just one example. The many steps we are taking to embed considerations of equity in our social and economic policy research will pay important dividends. I would encourage everyone to take a more careful look.

In your opinion, how can equity research impact public policy in the coming years?

I am now well into my third decade in the policy arena. I spent about half of that time in government. I spent the other half at RAND. Policy decisions get made all the time. Sometimes these are big decisions, most of the time they are small decisions. I refer to these as the large and small strokes of policy. I once had a colleague at the Defense Department who was fond of saying “policy gets made one decision at a time.” I knew then and am convinced now that he was right. That observation has important significance for us at RAND. We should always be on the lookout for the big policy changes that might be coming around the corner. But we should never forget that, in the times in between, lots of little decisions are taken that have the potential to amount to big policy changes. Like offering a kid in Louisiana a chance to take a college entrance exam. We know inequities persist around us. Our job is to bring our calling cards—the facts and analyses that we pride ourselves in producing—to those making the decisions, be they big or small. RAND can make an enormous difference by trying to influence policy one decision at a time. We will never succeed unless we try.