How Can Addressing Issues of Diversity, Equity, and Inclusion Benefit the National Security Community? 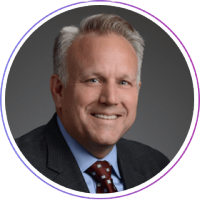 What motivates you to address diversity, equity, and inclusion (DEI) through your division’s work on national security policy?

The national security community, and the Department of Defense (DOD) in particular, is one of the largest employers in the country. There are about 1.3 million people in uniform, an additional 800,000 on reserve status, and more than 750,000 civilian employees in DOD. Those numbers don’t count the millions of veterans who have concluded their service and work in the civilian sector now, nor does it count the hundreds of thousands who are employed by the State Department, intelligence agencies, and private firms who manufacture goods and provide services to the national security community. When dependents and family members are counted, the numbers are truly astounding: nearly 10 million people, for example, get their healthcare through the DOD, and more than 80,000 children get their education through a DOD school. One other key point is that our defense and diplomatic teams are stationed all over the world and are very visible in other countries and cultures.

In short, the national security apparatus of this country affects a lot of people. And the actions of these agencies, particularly the DOD, on racial, gender, sexual orientation and religious equity will propagate through a lot of communities and constituencies. By helping DOD get it right we are almost literally helping the rest of the United States, and much of the world, get it right. And we have provided incredible help on a host of Diversity, Equity, and Inclusion (DEI) issues, from those associated with allowing gay people to serve openly and the potential health care costs associated with allowing transgender personnel to serve, to analyzing roles for women in combat and defining gender-neutral physical standards. More recently, we have started work on high-priority issue for Secretary of Defense Lloyd Austin—assessing methods to keep extremists from serving. The national security community is an amazing laboratory for DEI issues.

What are some of the big challenges RAND should address in racial equity?

I would love to see a large philanthropic initiative at the intersection of race, police, and guns. Prior to leading RAND’s National Security Research Division (NSRD), I like to say that I led a life of drugs and crime at RAND and at the US Department of Justice (DOJ). My dissertation was on drug trafficking. At DOJ, I was a senior researcher on an initiative that Attorney General Janet Reno sponsored to try to understand why homicide rates were declining so fast at that time. At RAND, I developed my passion for this when I ran a project on policing and gun violence in East Los Angeles in the early 2000s. We showed how it is possible to reduce gun violence without simply displacing it to an adjacent neighborhood. That work catalyzed a lot of researchers and led to additional important work at the intersection of police and guns – analysis of straw purchases; ammunition logs; assessment of traffic and pedestrian stops; and many others – and police and race, such as the analysis of racial disparities in motor vehicle and pedestrian stops in Oakland, New York, and other cities. But we would be able now to do something that we did not do back then on any of those projects: be more mindful about bringing a DEI perspective to the work in terms of staffing, reviewers and so forth. When I look back, that’s something that was missing and that might have considerably strengthened the work.

I would also like to see RAND do more on the role of cameras and policing. I’ve been a part of several projects that have utilized cameras. In one project in Cincinnati, a camera was triggered when the police stopped a vehicle. Another was a pilot test of wearable cameras with the Israel National Police. In both cases, the cameras added to the evaluations. And now, with cameras so much more ubiquitous I think we need to push for a deeper understanding of how to incorporate them into policing and potentially into evidence.

Personally, how do you come to this work as a RAND leader?

I lost a lifelong friend to cancer about seven years ago, who happened to be Black, and who happened to pass away shortly before Michael Brown was shot and killed by police in Ferguson, MO. The juxtaposition of those two events got me thinking about the role of race in her life and death. We started off in the same place, almost down to the block, and kept up the same pace all the way through college and our early careers. But as we aged, our experiences started to diverge. The last decade for her was very difficult—a layoff, large complications in dealing with her aging parents, and her own health care. Her death shook me in a way I had never experienced before. The details are not mine to give, but I did find myself wondering how different these inflection points might have been if she were White.

I don’t want to leave the impression that I launched a personal racial justice crusade at that point, because I didn’t. But around the time she died I did start to look at things differently and hear things differently, and it has gradually fed into my work life. It’s not specifically a race issue, but I took great pride in recommending that Michael Rich, our CEO, direct discretionary resources toward gun violence research. I started having conversations with leaders at other think tanks and institutions about programming, recruiting, leadership development, and team building. I spent a lot of time on outreach and recruiting when I had leadership vacancies. But all of these things were somewhat disconnected and hard to maintain. When RAND established a sustained, corporate focus on DEI issues, including Employee Resource Groups (ERGs), I was grateful. I jumped at the chance to be the executive sponsor for one of our ERGs, BELIEVE (Black Employees Leading in Inclusion, Equity, Vision, and Education). I strongly encourage everyone at RAND to take advantage of these resources and opportunities. Not only are they good for RAND overall, these are likely to be good for our staff personally.