How Equity Research Intersects With the Criminal Justice System 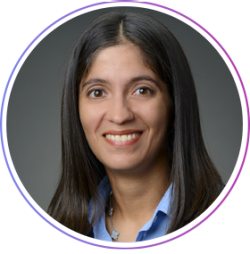 How do we move toward a criminal justice system that is truly just?

We first need to have a better understanding of all of the factors that are causing disparities in criminal justice outcomes. Recent reform efforts that have focused on reducing incarceration rates—including bail reform efforts in several jurisdictions—have found that these policies have not had much impact on racial and ethnic disparities in incarceration rates, which continue to be high in most jurisdictions. This has led to a realization that a necessary first step to reduce these disparities is to understand precisely what is causing them so that tailored policy options can be developed.

Racial and ethnic disparities in the criminal justice system can arise in two main ways. Disparities can be caused by people of different races but with otherwise similar characteristics being treated differently (termed disparate treatment), or they can be caused by the fact that criminal justice processes take into account certain characteristics and these characteristics can differ by racial and ethnic groups (referred to as disparate impact). From a policy perspective, moving toward a criminal justice system that is truly fair requires not only addressing disparate treatment, but also addressing the disparities that arise through disparate impact. For example, if racial disparities are partially caused by the reliance on characteristics that are not legally relevant (meaning criminal justice outcomes should not depend on these factors), then a natural policy recommendation would be to focus on reducing the reliance on those factors. For instance, bail polices that affect low-income people more than high-income people might not be explicitly race-based, but they will have a disparate impact on many racial minorities. To the extent some of the racial disparity results from differences in characteristics that are legally relevant, then it’s important to better understand the role that previous systemic inequities have played in creating these differences which will help identify larger structural changes that might be necessary.

What are the steps that can be taken to increase equity in the criminal justice system?

The nature of the criminal justice system in the U.S. is that much of it is very localized, with each county having reasonable jurisdiction over the policies and practices in use. There is thus a lot of opportunity for reform to occur at the local level. We’re currently working with both Allegheny County (Pittsburgh, PA) and Harris County (Houston, TX) to identify the drivers of racial disparities within their criminal justice systems. I think the work we are doing with these two counties is a good blueprint for what other jurisdictions can do. Our first task is identifying the presence and size of disparities at every key stage of the criminal justice process. For example, who in the county is charged with a crime? Of those charged with a crime, who is arrested, who is detained pretrial, and who is convicted by the court? Among those on probation, who is charged with a violation and issued a detainer? This type of analysis will identify the stages of the criminal justice system that are most responsible for the overall disparities present.

For every stage where a disparity is present, we are then working to identify the factors that are responsible. For example, among those arrested, racial disparities in pretrial detention rates can occur due to racial differences in the severity of the alleged crime type, pretrial risk assessment scores, and the ability to pay a given level of monetary bail; disparities can also occur if the judge engages in disparate treatment at the bail hearing. Our analyses will allow us to identify how much each of these factors explain of the overall disparity, which will naturally suggest the policy areas that are most important to focus on to reduce disparities.

We recently completed a RAND study looking at racial disparities in misdemeanor speeding convictions which used a similar approach, although it examined only one type of offense.

Identifying the drivers of racial disparities and developing tailored solutions should not just be a quantitative data exercise. Feedback from community members, as well as those that work within the criminal justice system, is vital to ensuring that quantitative analyses are not missing important explanatory factors, and that any potential recommendations developed are both feasible to implement and amenable to the community.

What areas should one focus on in criminal justice to increase equity for all?

The few studies that have examined which stages of the criminal justice system contribute most to overall disparities in incarceration rates have indicated a large amount of the overall disparity occurs at the arrest stage. However, significant disparities can also be present at other stages, and the relative importance of the stages in explaining disparities might vary across jurisdictions. This is one reason we would recommend that each county begin by examining the complete flow of individuals through their criminal justice system to identify the size of the disparity present at each stage. This can guide jurisdictions in understanding where they should focus reform efforts.

In your opinion, how can knowledge of racial equity impact research in this space?

I think there needs to be a shift in the focus of research examining racial disparities in the criminal justice system. Much of the research in this area has predominately focused on identifying the role of disparate treatment, and has essentially ignored the role of disparate impact in explaining disparities. Both are important, and to ignore the reasons why disparate impact arises means many potential policy options to reduce racial disparities are being left on the table.