Economic and Health Effects of the Financial Crisis on Older Households 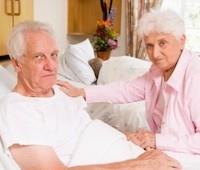 The United States — as with most of the developed world — is experiencing its greatest economic crisis since the Great Depression. The financial crisis has threatened the economic position of the older population. Large declines in house values combined with the assumption of risky mortgages and equity extraction has led to negative housing equity for a significant fraction of home owners and foreclosures for some. Similar declines in stock values have decimated the savings of many households, especially affecting retirement savings. Record rates of job loss jeopardize the economic foundations of a large and growing fraction of workers and their families.

RAND aims to quantify not only the effects of the financial crisis on the wealth positions of U.S. households but also adjustments in household behavior made in response. To paint as complete a picture as possible, these analyses will employ multiple longitudinal data sources that vary in their covered age range and sample size, in the frequency and timing of interviews, and in the richness of available information. By representing in panel data the responses by households to changes in their wealth position — in particular consumption and saving, and retirement and bequests — this research aims to determine how households have financed their wealth losses.

An important element to intertemporal decision making is what individuals expect about the future. The recent extended turmoil in the financial markets makes it difficult to form such expectations. This research also attempts to document and estimate changes in subjective uncertainty and optimism about the financial situation of households and relate them to individuals' economic choices.

An additional objective of this research is to investigate whether the economic crisis is associated with declines in health. Past research has shown a close relationship between health and economic status, and these unexpected changes in wealth provide an opportunity to separate some of the explanations for this relationship. In addition to self-reported health information, the researchers will take advantage of available biomarkers in the U.S. Health and Retirement Survey (HRS) and the English Longitudinal Study of Ageing (ELSA). Thus the results will relate changes in health to wealth changes and to expectations about unemployment and other stresses.