Defence and Security after Brexit 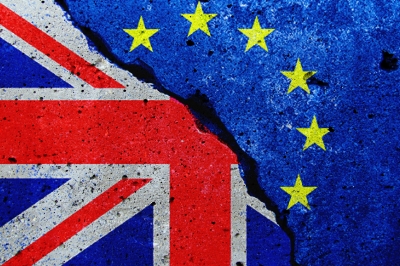 Brexit may pose more immediate day-to-day challenges to UK and European security rather than defence. However, both are likely to be subject to long-term uncertainty and change.

Both sides risk becoming weaker and less secure if Brexit negotiations provoke a ‘zero-sum’ approach to defence and security and a ‘messy divorce’.

On 23rd June 2016, the UK voted to leave the European Union (EU), a decision known as Brexit. In the months since the referendum decision, debates on the forthcoming Brexit negotiations have focused on topics such as trade, sovereignty and immigration. However, the UK’s decision to leave the EU raises important questions for defence and security in the UK, Europe and wider world – not least the US and the transatlantic NATO alliance.

A wide range of defence and security issues are subject to potential change following Brexit and the UK-EU negotiations. Key themes include the impact on defence spending, industry and research; UK membership of EU bodies and mechanisms; the UK and Europe’s future defence capabilities, levels of ambition and global strategic roles, including in other multi-national institutions (e.g. UN, NATO); and the knock-on domestic effects, especially around Scottish independence and the Northern Irish peace process.

These questions have provoked deep uncertainty and speculation at a time when the UK, Europe and allies already find themselves in a challenging defence and security landscape. This includes the threat of a resurgent Russia, terrorism, the migrant crisis, conflict in the Middle East, alongside the disruptive effects of new technologies and actors in cyber and space.

RAND Europe’s study was not predictive, but, rather, the analysis sought to outline the spectrum of plausible outcomes (at a regional, national or international level) for what may occur in different related to defence and security.

At the heart of the study were two core research questions

The report made a number of observations in relation to defence and security after the UK leaves the EU. Overall, Brexit may pose more immediate day-to-day challenges to UK and European security rather than defence. However, both are likely to be subject to long-term uncertainty and change:

Defence spending and industry. Brexit presents challenges for the UK’s already ambitious defence equipment spending plans, especially given the fall in the value of sterling. UK defence firms are less vulnerable to major financial losses compared to other sectors in the event of a ‘hard Brexit’, given that EU sales account for only four per cent of turnover. However, Brexit raises wider questions about the UK's influence over EU defence industry consolidation and membership of the European Defence Agency.

Research and innovation. Another significant area for concern in the defence industry following Brexit is R&D and innovation. The UK risks reduced access to EU funds for research and influence over the research agenda. Since 2007, the UK has won a fifth of all EU research grants, amounting to £8 billion overall. The EU is also planning to invest hundreds of millions of euros in new defence R&D.

European defence ambitions. Brexit could prove a catalyst for more ambitious EU defence integration, freed from the UK’s veto. However, losing the UK entails a considerable diminution of collective EU defence capability, which some estimate will be reduced by a quarter. There are also wider practical, political and strategic challenges for the EU and NATO, and for bilateral defence cooperation such as the Anglo-French Lancaster House Treaty.

Scotland and the nuclear deterrent. Brexit poses new challenges in relation to an independent Scotland, as Scottish voters’ support for remaining in the EU has reopened the independence debate. Scottish independence could pose practical, financial and political challenges in defence and security, with significant implications for the UK, EU and NATO — especially given the UK nuclear force is based in Scotland.

Northern Ireland and border security. The need to define new arrangements on the UK’s border with the Republic of Ireland is likely to have a number of significant, practical, political and economic challenges. Northern Ireland benefits greatly from an open border and EU subsidies, including funds for the peace process. France and Spain may also revisit border arrangements at Calais and Gibraltar.

Continued UK-EU collaboration on security. There is a need for sustainable post-Brexit solutions in all the defence and security areas considered. This will require continued UK-EU collaboration, particularly in security, since both currently benefit from information-sharing, the work of joint bodies such as Europol, and the European Arrest Warrant.

Towards Brexit negotiations. The UK is often seen as a ‘net contributor’ to Europe’s defence and security. This could result in a temptation for UK leaders to see this as a ‘bargaining chip’ to leverage in Brexit talks. However, such an approach risks alienating EU partners and damaging the security of both sides. Equally, a punitive approach to Brexit by the EU could push away a close and crucial ally.

Defining future relations. Both sides risk becoming weaker and less secure if Brexit talks provoke a ‘zero-sum’ approach to security and a ‘messy divorce’. Compromise and continued engagement between the UK and EU on defence and security will be important during negotiations to leave the EU.